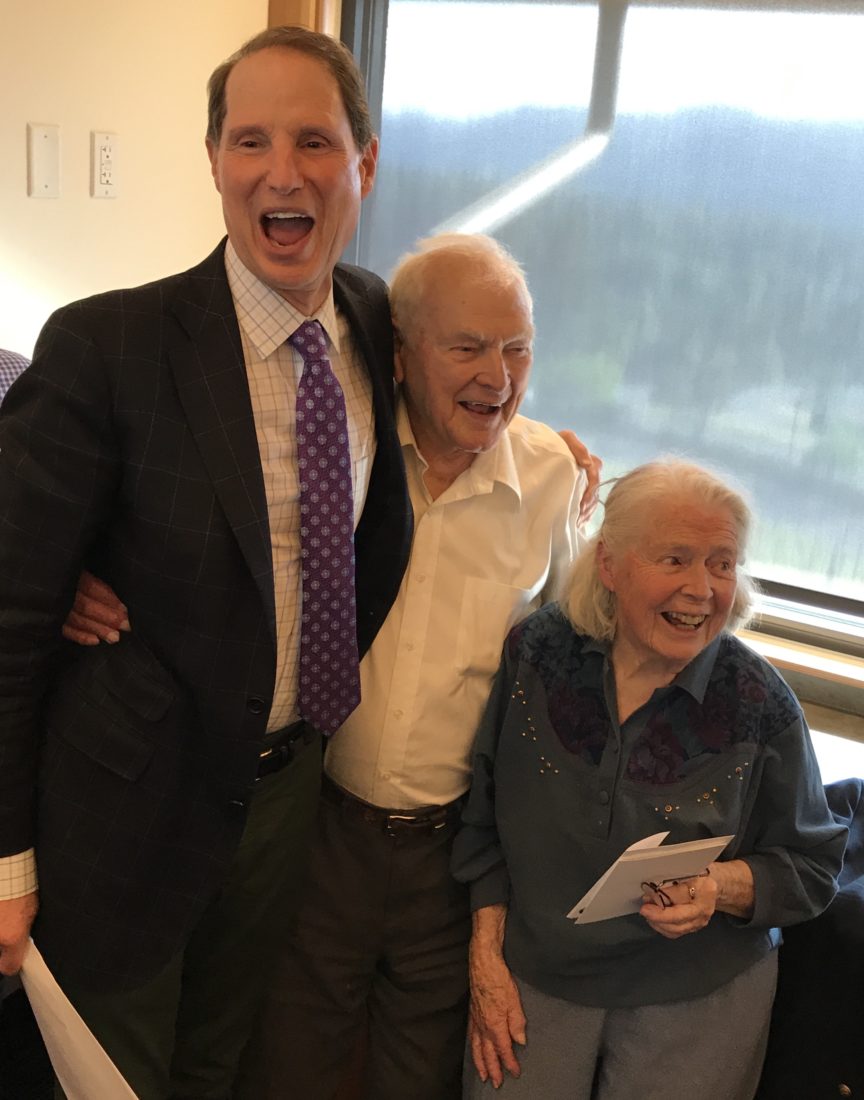 U.S. Sen. Ron Wyden today announced he has received more than 15,000 nominations for more than 4,000 miles of rivers and streams in Oregon that enthusiasts believe deserve to be added to the national Wild and Scenic Rivers designation list.

TU and Wild Steelheaders United have strongly supported Senator Wyden’s leadership on this legislative effort. Wild and Scenic River designation is one of the best ways to protect vital habitat areas for steelhead and salmon in the Pacific Northwest. WSR status ensures that no new dams or diversions can be developed on a designated river segment and that the designated segment must be managed to conserve values related to habitat — including continued input of large woody debris for juveniles and protecting streamside riparian areas that keep headwaters cool and clean — and sporting opportunities.

As anglers, we know first-hand the benefits of special designations that both better conserve key habitat areas for salmon and steelhead and protect our sporting heritage. We salute the numerous TU members and Wild Steelheaders supporters that have provided recommendations to Senator Wyden for Oregon waterways that merit WSR designation.

A full copy of the Wyden press release is available online here.  We thank Senator Wyden for his leadership in protecting Oregon’s waterways and the salmon, trout, and steelhead runs that call them home.  And we look forward to working with Senator Wyden’s office on a bill that will designate many of your submissions as new Wild and Scenic Rivers in Oregon.

Check back soon for updates on legislation that would protect these nominated river sections and what you can do to help.