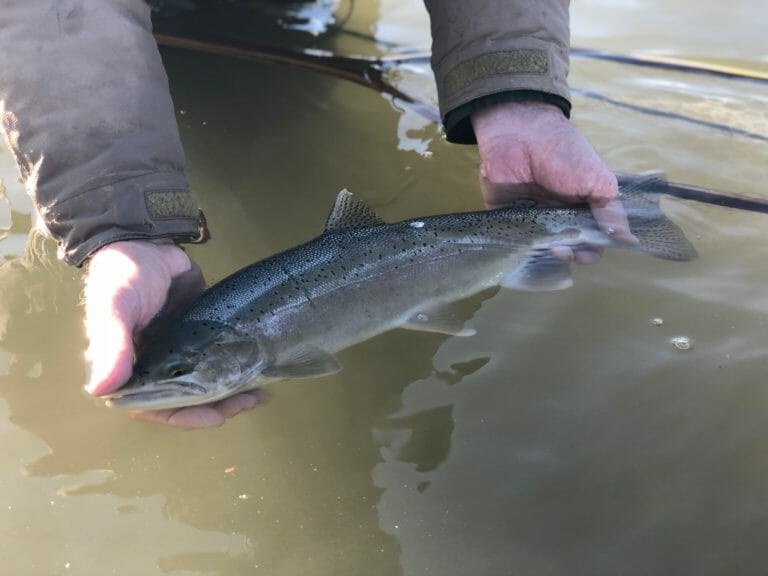 Last week marked the end of a three-year-long process to develop the Oregon Department of Fish and Wildlife’s Rogue-South Coast Multi-Species Conservation and Management Plan (RSP). The plan lays out management direction for coho, coastal cutthroat trout, and summer and winter steelhead from the Elk River to the Winchuk River — some of the best remaining habitat for wild steelhead in the Lower 48.

This region is also one of the few places on the West Coast where harvest of wild steelhead is still allowed.

Despite a lack of adequate adult monitoring and data on harvest rates and overall mortality, and declining population trends in virtually all wild steelhead rivers, the department introduced in July a preferred alternative for the plan that allowed the continued harvest of wild winter steelhead.

Wild Steelheaders, Trout Unlimited, and other fish conservation groups argued strongly that harvest of wild steelhead should be suspended until ODFW has better data to provide more confidence that continued harvest will not contribute to further population depression and ESA-listing.

Anglers, guides, scientists and fishing business owners turned out in overwhelming numbers to submit comments to the ODFW Commission in favor of a catch and release alternative. Out of 2,566 comments submitted during the public comment period, 88% supported catch and release for wild steelhead.

This advocacy did have an effect: at its October meetings, the commission directed ODFW staff to include a catch and release alternative in its final draft of the RSP.

On December 16th, its final meeting on the RSP, the commission again heard a large majority of comments favoring catch and release of wild winter steelhead until adequate monitoring data could be collected and analyzed by ODFW. The next day, commissioners met to vote on the four plan alternatives.

The commission voted unanimously for the following alternatives:

Before her vote, Chair Wahl, who resides on the South Coast, reminded everyone that the commission’s responsibility is first and foremost to the resource. Climate change, poor ocean conditions, harvest, predation and invasive species all are taking their toll on wild steelhead stocks. In the short term, there is very little that can be done to address these threats to wild fish — except for angler harvest.

Instead of addressing this issue head-on, many of the commissioners recentered the discussion around conservation status thresholds. These thresholds determine the data point at which stronger conservation measures would be required. In other words, if juvenile steelhead abundance drops to the threshold, the department could decide to change regulations from allowed harvest to catch and release only or even close the fishery altogether.

Several of the commissioners claimed that by increasing the conservation status thresholds by a mere 10,000 juveniles, ODFW would be able to responsibly manage the fishery and prevent further decline of wild steelhead stocks. However, the RSP does not propose to collect population level data for run size and escapement, nor estimate catch and release mortality and make sure this is included in harvest numbers.

In the face of a rapidly warming climate and other factors – including hatchery operations and their well-documented adverse impacts on wild steelhead populations – ODFW and the Commission need to do everything in their power to manage fisheries conservatively. Now is not the time for decisions built on massive gaps in data and it certainly is not the time for a wait-and-see management approach.

But now, in what must be considered a failure of leadership by most of the Commission and a head-in-the-sand posture by ODFW, that’s where we are for wild steelhead stocks in the Rogue-South Coast region.

Wild Steelheaders does not oppose harvest of wild fish in principle. In fact, our overall goal is to protect and restore wild steelhead stocks throughout their native range so that steelhead fisheries are more durable and can tolerate consistent, if limited, harvest.

The ODFW Commission’s decision is more than disappointing – it undercuts any confidence that those who revere wild steelhead can have that the agency and its oversight body will err on the side of caution and actually manage in accordance with their “resource first” mandate.

Over the past year, we have seen unprecedented closures of wild steelhead fisheries on such legendary Oregon streams as the Deschutes, North Umpqua and John Day Rivers due to unhealthy habitat conditions and poor adult returns and escapement. Given the precarious state of most wild steelhead populations today, we cannot afford to take a “stick to the status quo and hope for the best” management approach.

Wild Steelheaders remains committed to science-based management of wild steelhead populations in the Rogue-South Coast region and will do what it takes to bring fishery management policy here into alignment with reality – stay tuned for ways you can help.