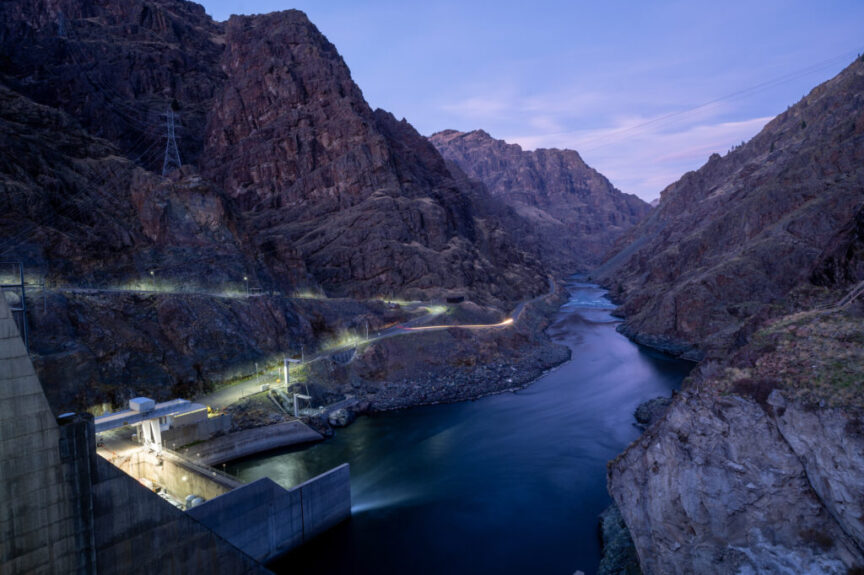 By Chris Wood, President and CEO of Trout Unlimited

I have spoken at four or five conferences with Shannon Wheeler, the Vice Chairman of the Nez Perce Tribe. And every time I do, I come away a little wiser, and a little more passionate, about the need to recover Snake River salmon and steelhead. And a little more hopeful that we can.

When I advocate for removal of the four Lower Snake River dams to recover imperiled salmon and steelhead, I gravitate to the science. How, for example, the cumulative effect of each dam kills roughly 23 percent of out-migrating smolts per dam. How we have tried to barge the fish around dams. We have tried habitat restoration. We have tried reductions for commercial fisheries. We have tried additional spill of water from reservoirs and reforms of the hatcheries.

And yet, in the years since the four dams were built on the lower river, Snake River salmon and steelhead have declined to one to two percent of their historic populations.

When Wheeler advocates on the Snake River dams, he brings the perspective of native peoples: “Salmon are the golden thread that tie us all together. When that part of our culture is in trouble, we are all in trouble. When salmon do not thrive, we suffer as a people.”

Wheeler’s viewpoint is vital. As U.S. Rep. Mike Simpson (R-ID) puts it, “We need to listen to our Native American brothers and sisters. For the Nez Perce nation and other tribes, this is a matter of culture, religion and history. It is a function of who they are as a people.”

Congressman Simpson developed a comprehensive recovery plan for the Snake River that would remove the dams in a way that makes everyone who depends on the dams today whole.

I remain stunned by the silence of the Northwest delegation to Congressman Simpson’s proposal. (U.S. Rep. Earl Blumenauer (D-OR) is the exception.) In America, we like to speak of people who have the courage of conviction. The mirror-image of that is silence, head-nodding and ultimately, inaction.

Half-measures will ensure the extinction of salmon and steelhead in the Snake River basin, and nothing more. And to be clear, anything less than taking out the four lower Snake River dams is a half-measure—a bow toward extinction.

Doug Vanerka, a TU member who lives on the banks of the Clearwater in Idaho, wrote me the other day. He said, “I am reminiscing the many hours spent fishing for steelhead this time of year on runs that provided the finest fishing for steelhead in the world. I refuse to gear up, and walk to the river. My refusal to fish is due to my respect for the river and the few returning fish. My local fishing friends are doing the same.”

Doug has fished the Clearwater for more than 60 years.

Salmon and steelhead are among the world’s most resilient creatures. If given half a chance they will respond to taking out the four Lower Snake River dams.

As conservationists, we share a common belief that through our individual actions, we can recover Snake River salmon and steelhead. The path forward will not be easy, but it can be done. Why does it matter? Because as Shannon Wheeler says, “as salmon and steelhead go, so do we.”