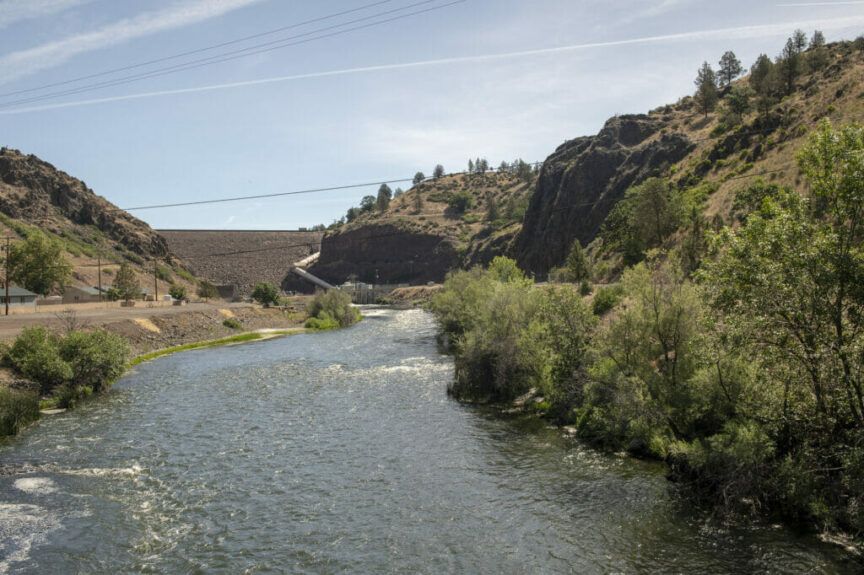 On February 25, the long campaign by TU and our Klamath Tribal and conservation partners to restore the Klamath River passed a major milestone when the Federal Energy Regulatory Commission (FERC) released its draft Environmental Impact Statement (DEIS) on proposed decommissioning of the Lower Klamath Project.

The bottom line: the DEIS recommends removing four old fish-killing dams consistent with formal agreements and the proposal built by TU and our Klamath partners to restore the Klamath River and its legendary salmon and steelhead fisheries.

Now, anglers and river advocates need to urge FERC to adopt the findings of the DEIS and issue a Final DEIS as quickly as possible so the river restoration work can begin later this year, as planned.

Consistent with the findings of previous federal and state analyses, the DEIS concludes the benefits of taking out the Klamath dams far outweigh potential adverse impacts of the action. The DEIS follows FERC’s previous approval of transfer of the operating license for the Project from PacifiCorp to the Klamath River Renewal Corporation, for the purpose of removing the dams.

Trout Unlimited and our Klamath partners have worked for more than two decades to get to this point in restoring the Klamath River and the fisheries, economies and cultures that depend on it. Brian Johnson, TU’s California Director, said, “Multiple environmental reviews by state and federal resource agencies have all reached the same conclusion: removing these dams is imperative for restoring the Klamath River and its salmon and steelhead runs. We still need to balance water use and restore wetlands in the Upper Basin, but dam removal remains the single biggest thing we can do to restore native fish populations and water quality in the Klamath right now.”

In comparing the impacts of dam removal to current conditions, the DEIS concludes that dam removal provides significant economic, environmental, and cultural benefits to Northern California and Southern Oregon.

One of the key findings is that the projected cost of removing the four dams on the Klamath is well within the anticipated cost range agreed to by Tribes, irrigators, fishermen, and the current owner of the dams, PacifiCorp. The analysis also affirms the findings of previous analyses that dam removal is critical to restoring Klamath River fisheries and improving water quality.

The dams also completely block salmon and steelhead from accessing some 400 miles of vital spawning and rearing habitat and are a primary factor in the precipitous decline of these species in what has been, historically, the third most productive watershed for salmon and steelhead on the West Coast.

PacifiCorp has determined that transferring ownership of these dams for the purpose of decommissioning them is in the best interest of its ratepayers. The public utility commissions from both the State of Oregon and the State of California agreed.

The Klamath Hydroelectric Settlement Agreement, which TU helped negotiate and signed, calls for breaching of the dams to begin in 2023.

Submit brief comments, without prior registration, using the eComment system at http://www.ferc.gov/docs-filing/ecomment.asp.

Here’s how to do it:

Type up your comments in your favorite word processing application and make sure what you’ve written is less than 6,000 characters long (about 2 pages or less). To help get you started you can read this draft comment letter here.

Check your inbox for an email from FERC. Click the link in that email to go back to FERC. Now you can add the project number you are commenting on. The Klamath Dam removal project has two numbers: P-14803-001 and P-2082-063. Enter these one at a time into the appropriate “search” field. Tell it to search. When it presents the project number, click it to add to your comment. Then in the comment field copy and paste your comment.

The first page of any filing should include docket numbers P-14803-001 and P-2082-063. And you must include your name and contact information at the end of your comments.