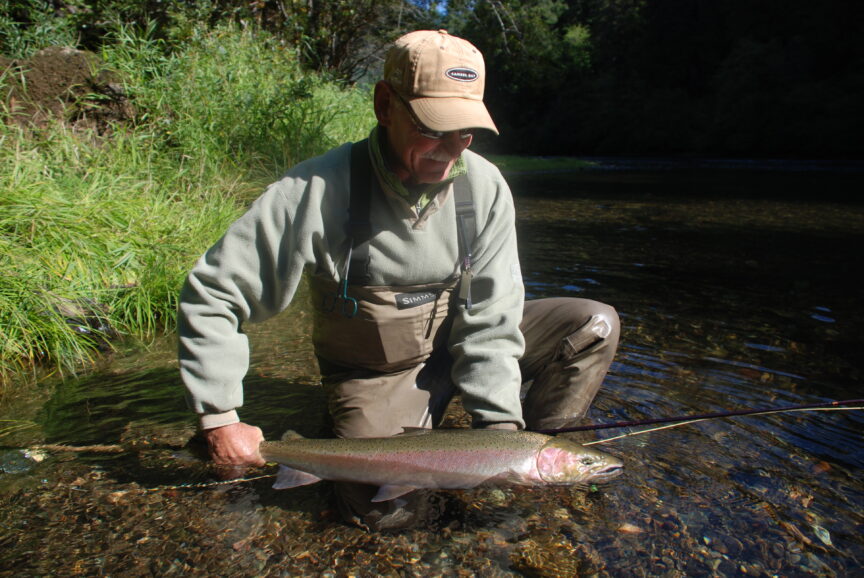 It’s no secret that, over the last four decades, returns of wild steelhead have significantly declined across their native range. The North Umpqua River, one of the most famous wild steelhead fisheries in the world, is no exception to this trend.

Some factors contributing to this decline can’t be solved in the short term, such as climate change and poor ocean conditions (which are actually improved this year). However, we can address other contributing factors, especially our management of hatcheries, brood stock recruitment, and recreational angling practices and impacts.

Of these, hatchery operations are the most controversial, expensive and problematic.

Given the population trends of wild steelhead in the North Umpqua, it is likely that this river’s iconic run of wild summer steelhead will go extinct if the Oregon Department of Fish and Wildlife’s hatchery supplementation is not curtailed.

We know that when hatchery fish are removed are no longer planted, wild fish have a much better shot at persisting and surviving other limiting factors. When ODFW stopped stocking hatchery winter steelhead in the North Umpqua over two decades ago, the wild winter steelhead population increased substantially enough to allow a very popular recreational catch and release fishery today — a fishery that is vital to the local economy.

It is not possible to rebuild fishable wild steelhead populations in every river. That’s why, in our Portfolio Approach, we support managing some rivers for hatchery fish. In the Umpqua River watershed, for example, we support hatchery programs for spring Chinook and the South Umpqua winter steelhead S.T.E.P. program. We also support the mitigation programs for rainbow trout and coho that ODFW is required to provide.

But where river conditions are good and wild fish stocks still viable, we should refrain from hatchery supplementation. Durable wild steelhead populations are the most economical way to ensure we and future generations of anglers will be able to fish for steelhead in their native waters.

The Rock Creek hatchery on the North Umpqua was destroyed in the devastating Archie Creek Fire in 2020. Since then, we have encouraged ODFW to move its program operations to other hatcheries (e.g., the Cole Rivers Hatchery). Going forward, we support ODFW making simple infrastructure improvements at the Rock Creek facility to allow for juvenile salmonids (spring Chinook, coho, and South Umpqua winter steelhead, rainbow trout) to be acclimated at Rock Creek — but not to build out the facility to raise and stock hatchery summer steelhead in the North Umpqua.

The continuing decline in returns of wild steelhead to the Umpqua basin have led ODFW to review its management policies, including the North Umpqua hatchery summer steelhead program. ODFW will conduct an in-person, public workshop on March 29 and has released a survey to help inform decisions on the future of this program.

Anglers and wild steelhead advocates can help us tell ODFW that hatchery operations for North Umpqua summer steelhead should be discontinued, for at least the next ten years, and the population of native wild steelhead assessed during that time before making further investments in this program and the Rock Creek facility, by filling out the survey.