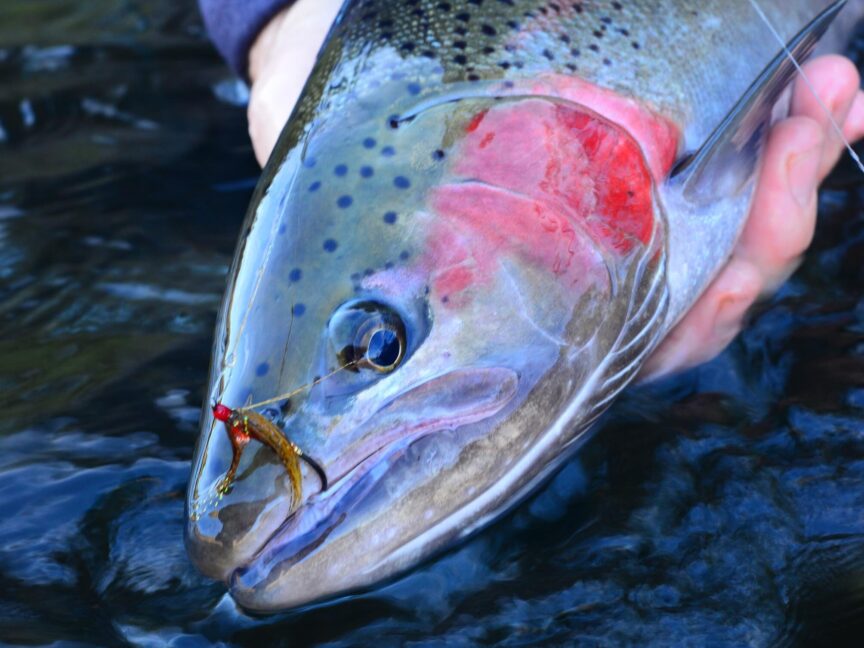 Last year, the Northwest experienced the worst summer steelhead returns on record. The reasons are many: dams, the impacts of the warming climate (including more frequent and severe drought), changing hydrographs on many rivers, poor ocean conditions and fishing all contribute to their decline.

Here in Oregon, these conditions caused unprecedented closures to world famous steelhead fisheries. Perhaps most notably, the Oregon Department of Fish and Wildlife made the difficult, but justified decision to close the North Umpqua River to summer steelhead fishing as a mere 450 fish returned to this basin.

Then in August, ODFW took emergency action to protect summer steelhead by closing the Deschutes River and other mid-Columbia tributaries, including the John Day, Umatilla, and Walla Walla Rivers, citing “the combination of a historically low run, on top of multiple years of low runs, and the very poor environmental conditions that seem likely to continue based on the most recent drought forecast.”

Wild Steelheaders and Trout Unlimited supported ODFW’s emergency closures of steelhead fisheries last year in these waters. While we are painfully aware of the hardship these closures caused to many guides and local businesses, and the disappointment of many anglers, when the returns are so desperately small we simply cannot do nothing.

As we move closer to another summer steelhead fishing season, closures may again be required this year and should remain a viable tool in the resource manager’s kit to ensure that we are doing everything we possibly can to help struggling steelhead stocks.

But we must also consider how effective such measures can be when more critical factors, particularly the Northwest’s massive hydropower system, create far greater problems for anadromous fish.

Let’s be real. Fishing closures are a Band Aid. In order to sustain wild steelhead runs and the people and communities who rely on them for productive fisheries, we need bolder management policies that won’t simply perpetuate the status quo. Such policies include, first and foremost, removing the four lower Snake River dams.

They also include requiring dam operators to prioritize improved water quality and temperature mitigation, and better protecting cold-water refuges like the Deschutes and other mid-basin tributaries.

As fishery managers throughout the Columbia Basin prepare for what is likely to be another difficult summer steelhead year, ODFW is coordinating its fishery plans for each tributary and the mainstem Columbia, including development of a new decision framework for the Deschutes River. As a part of this effort, ODFW has released an online listening survey to gather viewpoints and concerns of the interested public.

This survey is an important opportunity to share your support for angling closures, when necessary, but to also encourage the ODFW to act boldly as needed and to consider seriously the need for larger, more systemic changes. The survey will remain open until April 11, 2022. The department will follow the survey with a webinar on April 19, 2022, at 6 PM through the ODFW YouTube channel where fisheries biologists will report on the status of summer steelhead throughout the basin and the public will have the opportunity to ask questions.