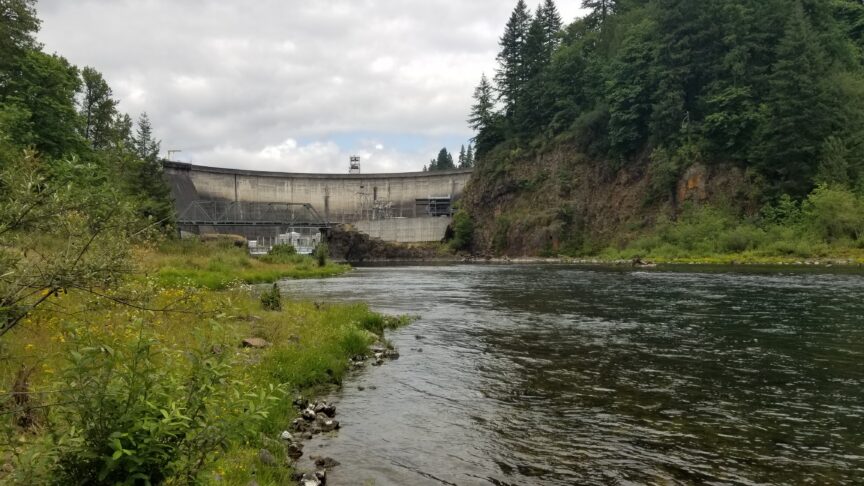 March 10 marked the end of the 2022 Washington State Legislative Session. For a short session, it was a remarkably busy non-budget year in which several important issues on steelhead were decided.

Cautious revenue forecasts during COVID lead to a significant surplus for a supplementary budget package. TU’s multi-year engagement with both the legislature and governor’s office enabled us to secure funding for a non-Tribal commercial gillnet reduction program on the Columbia River — a huge step forward in reducing impacts on ESA-listed B-run summer steelhead.

We also were able to secure several other smaller funding and policy wins.

In a previous post we highlighted three issue areas we were covering the 2022 January Washington Legislative session. HB 1117 was a holdover from the 2021 legislative session that incorporated salmon and steelhead recovery as one of the factors assessed as part of the Growth Management Act (GMA) planning process. This bill nearly made it through the Senate but failed to pass in the last committee. Another bill that made similar changes to the GMA, but for climate change, suffered the same fate.

This funding will likely be sufficient to purchase the large majority of licenses, should gillnetters choose to be part of the program. We’re also pleased with the language that takes most of the commercial fishery impacts on B-run summer steelhead from the purchased licenses and reserves them to increase escapement and lead to more wild steelhead on the spawning grounds – in other words, it reduces the total allowable harvest of summer steelhead by any means.

In the hydropower realm, we helped sustain critical funding for both Washington’s Department of Fish and Wildlife and Department of Ecology. Presently, the costs of federal licensure and mitigation of hydroelectric facilities are split between both agencies and the hydropower facility operators through a per unit of generation fee on hydro production that was due to sunset in 2023. Trout Unlimited, along with American Whitewater and American Rivers, led efforts to pass legislation that maintained the current fee structure and extended the sunset date.

Trout Unlimited also led the effort to oppose legislation that would have restricted WDFW’s ability to manage non-native, warm water fish species that now inhabit many reservoirs behind dams and cause significant impacts to steelhead and salmon. A bill that would have limited the department’s ability to control these non-natives species (which have become popular with anglers) failed to make it on to the floor of the Senate for a vote. Management of fish and wildlife and regulation of fishing and hunting should be guided by science, resource agency expertise and mandates related to ESA listing or potential listing rather than by the state legislature.

We’re also pleased to report that in the final operating budget for WDFW, there is additional funding for monitoring of steelhead fisheries in the Puget Sound and along the coast, funding for scoping the removal of the Enloe Dam on the Similkameen River in Okanogan County, increased funding for the Regional Fishery Enhancement Group programs, and continued funding for 15 new WDFW enforcement officers, who will be focused on the coast, Straits, and Puget Sound.

The 2023 legislative session in Washington will herald a new biennium and budget. This means there will be significant opportunity for both revisiting important issues from this session, but also opportunities to fund the critical recovery efforts for steelhead in the Columbia, Puget Sounds, and Washington coastal streams.

Stay tuned to our blog, social media channels, and newsletter for ways you can support our legislative advocacy.