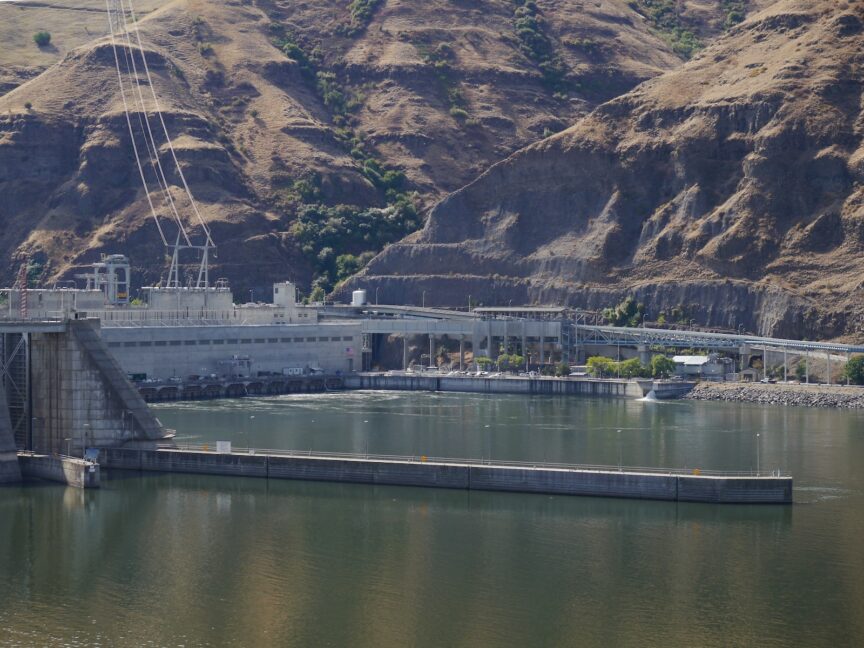 The hunting and angling community is opening a new front in the campaign to restore Snake River salmon.

This month, Trout Unlimited joined dozens of fish and wildlife groups and major outdoor recreation companies in calling on the Biden administration to develop a comprehensive solution to the collapse of salmon and steelhead populations that includes removing the four dams on the lower Snake River and investing billions of dollars in a reimagining of infrastructure in the Northwest.

“Swift action by the Biden administration and Congress is the only option remaining to save these iconic and irreplaceable fish,” a letter from the groups and businesses to five cabinet secretaries reads.

The letter calls for the administration to reject a deeply flawed 15-year plan for the operation of the Columbia River system, which would not remove the Snake River dams but instead continue a failed strategy that—despite $17 billion invested—has seen Snake River salmon and steelhead drift ever closer to extinction.

In February, U.S. Rep. Mike Simpson (R-ID) introduced a bold proposal to remove the lower four Snake River dams and invest in infrastructure in the region. The Simpson proposal would not only restore a free-flowing lower Snake, but would also lift all boats in the region by making the investments the region needs for a robust and growing regional economy.

Simpson remains a champion for Snake River salmon and for the region. Now, it’s time for his Democratic colleagues in Congress and in the Biden administration to stand with him—or propose their own solutions for salmon recovery.

U.S. Sens. Patty Murray (D-WA) and Maria Cantwell (D-WA) have long histories as salmon advocates, but so far, they have not offered alternative plans. Similarly, U.S. Sens. Mike Crapo (R-ID), Jim Risch (R-ID), Jeff Merkley (D-OR) and Ron Wyden (D-OR) have not offered any comparable solutions. As key leaders in the Northwest, it’s time for these senators to work with Simpson or propose their own legislation to save Snake River salmon and steelhead from extinction.

Historically, Snake River salmon and steelhead flooded into Idaho, northeast Oregon and southeast Washington, feeding the first peoples of the Pacific Northwest while providing recreational and economic opportunities throughout the region. Historically, about half of all salmon and steelhead in the Columbia system returned to spawn in the Snake River Basin, including more than a million wild spring and summer Chinook.

But the four lower Snake River dams built by the Army Corps of Engineers in the 1960s and 1970s—the Lower Granite, Little Goose, Lower Monumental and Ice Harbor in Washington State—have caused these once massive, historic runs of salmon and steelhead to crash.

For 50 years, we have tried barging fish, increasing spill over the dams, producing hatchery fish, and implementing dozens of other mitigation efforts. But the fact is that since the construction of the dams, we have never been able to get enough adults to the Snake River’s high-quality spawning waters to keep these fish off an extinction trajectory.

The Biden administration must stop the decades-long, bipartisan effort to double down on the failed strategies of the past, and act quickly with this Congress to chart a new course for the future.

We can recover Snake River salmon. We can meet our treaty obligations to sovereign Indigenous nations. We can replace the foregone energy production and revitalize the Northwest’s agricultural and transportation infrastructure.

But to accomplish these things, we must remove the lower four Snake River dams.