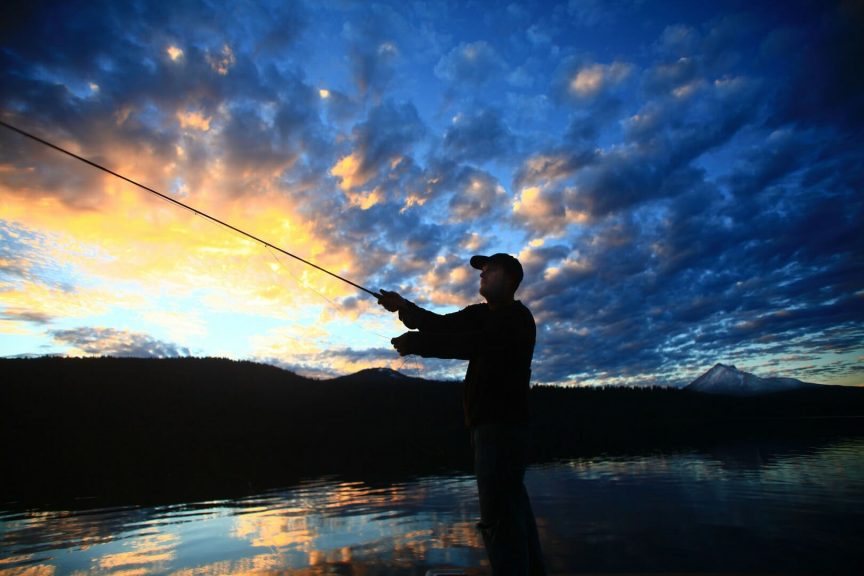 Two things happened on June 17 that underscore the influence of Trout Unlimited’s two decades of work in the Klamath River basin to restore this river and its legendary salmon and steelhead runs.

First, the Federal Energy Regulatory Commission (FERC) approved the transfer of the Lower Klamath Project License from PacifiCorp to the Klamath River Renewal Corporation (KRRC) and the states of Oregon and California. This is a major milestone in the long campaign by TU and the other signatories of the Klamath Hydroelectric Settlement Agreement to restore the Klamath to a free-flowing condition.

FERC Chair Richard Glick said, “Today’s order clears the way for license surrender and decommissioning.” In other words, the path is clear to remove the four dams that comprise the Lower Klamath Project.

TU’s California Director, Brian Johnson, has played a key role in the difficult negotiations that have brought this campaign to this point. Johnson said, “This Transfer Order is a critical step forward in the long slog to remove four old fish-blocking dams and re-open more than 400 miles of historic habitat for the Klamath’s struggling salmon and steelhead runs. Leadership from the tribes and the states of California and Oregon has been vital in getting us here, and we look forward to working with these parties, the KRRC, and other signatories to restore the Klamath and resolve water use and management challenges in the upper basin.”

Now, over the next year FERC will consider the KRRC’s surrender and decommissioning plan, which describes how Iron Gate, Copco I & II, and JC Boyle dams will be removed and the project area restored and improved for recreational access. If the FERC approval process goes smoothly, construction could begin in 2022 and the dams taken down in 2023.

Second, TU Oregon Director Chrysten Lambert, led a collaborative effort with leaders from tribes and agricultural and fishing groups to address the exceptionally severe drought conditions gripping the Klamath Basin. Lambert organized and delivered a letter on June 17 to members of Congress from California and Oregon requesting emergency disaster assistance for the communities of the Klamath Basin.

This joint request was submitted by the Yurok Tribe, Karuk Tribe, Klamath Water Users Association, Pacific Coast Federation of Fishermen’s Associations, Larry Nicholson (an off-project irrigator), and Trout Unlimited. It urges the Congressional delegation for the Klamath Basin to pursue immediate passage of emergency disaster assistance legislation to sustain the basin’s communities through the immediate crisis.

The dire water conditions in the Klamath Basin this year have been widely publicized. In addition to the lack of any water for irrigation, flushing flows, fish spawning in Klamath Lake, and wildlife refuges, salmon returns are minimal, C. Shasta infection in the lower river is rampant among juvenile salmon, and the risk of catastrophic wildfire in the region is again very high.

The joint request builds on previous efforts by Sens. Ron Wyden and Jeff Merkley of Oregon (supported by TU) to deliver federal support to the beleaguered Klamath Basin. This April, after the Bureau of Reclamation issued a water operations plan for the Klamath Reclamation Project that allocated no water for irrigators, tribes or the environment, Wyden and Merkley led efforts that resulted in $28 million in drought assistance to agricultural operators and tribes. In March, Sen. Wyden introduced the Water for Conservation and Farming Act, which would provide a new source of funding for restoration and improvement of essential dams and water delivery systems but also natural infrastructure such as riparian areas, floodplains and meadows. And in 2020, Wyden and Merkley delivered an important fix to the 2018 Water Resources Development Act that made $10 million in aid available to farmers and ranchers in the upper basin.

In May, Reps. Cliff Bentz (Oregon) and Doug LaMalfa (California), whose districts include the upper basin and Lower Project area, led efforts in the House to deliver disaster relief for Klamath Project and Upper Basin agriculture, the Yurok and Karuk Tribes, commercial fisheries (both tribal and non-tribal), and wildlife refuges. The joint request’s recommendations for federal disaster relief use figures proposed by Bentz and LaMalfa as a starting point.

The request says, “We hope that this collaborative effort between tribal, fisheries and agricultural interests can provide the necessary momentum to enact disaster assistance legislation and serve as a model for crafting long-term solutions for our basin.” TU works closely in a cooperative and nonpartisan way with Tribes, agricultural operators, and other stakeholders in the Klamath Basin, and is committed to outcomes that help everyone and pave the way for big-picture solutions to the basin’s water challenges.

In the long term, the Klamath Basin needs more than government disaster funding to resolve its water challenges — it needs federal leadership to construct a new, cooperative framework for sharing and moving water between all the interests that need it, and plans for dealing with exceptionally dry periods. TU will continue to play a lead role in the effort to establish and sustain this framework, so that the peoples, communities and wildlife of the Klamath Basin can thrive.