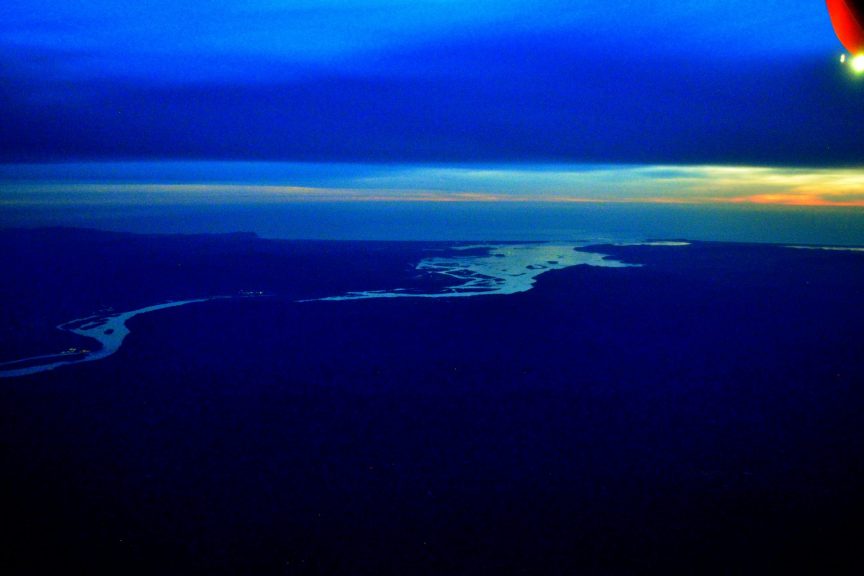 Editor’s note: This is the second in a six-part series focusing the plight facing Snake River salmon and steelhead and the scientific evidence that clearly points to dam removal as their best hope. Read the first post in our series here.

With momentum building to halt the disastrous decline of the Snake River’s salmon and steelhead by removing four dams on the lower river, opponents are scrambling to lay blame elsewhere.

The “ocean excuse” comes in several flavors, all of which are a variation of this core argument:

Recent conditions in the north Pacific—including the notorious “heat blob” anomaly of several years ago—have contributed to poor survival of salmon and steelhead. Climate models predict warmer ocean temperatures in the decades to come, which is generally bad news for salmon and steelhead. Therefore, the argument goes, removing the lower Snake River dams will do little to help restore fish populations.

This may sound logical enough, but it does not withstand scrutiny.

For starters, ocean systems are complex. It is far from certain how, exactly, climate change will alter the ocean, and in turn how salmon and steelhead populations will adapt to those changes or be destabilized by them changes. Scientists evaluating the subject acknowledge this uncertainty.

But the far bigger flaw in this argument is that it fails to account for the fact that survival of salmon and steelhead in the ocean is directly connected to their freshwater lives before they enter the ocean. In the sage words of two prominent scientists: “If we are interested in purchasing long-term climate insurance for wild salmon so they can better cope with changing (unpredictable) ocean conditions, we will likely get the best return on investments aimed at restoring the health and integrity of our beleaguered watersheds.”

For Snake River fish, removing the lower river dams is the single-most impactful action we can take to improve their freshwater lives and enable them to withstand poor ocean conditions.

Here is how it would help.

First, rock-solid scientific evidence shows that salmon and steelhead populations with access to diverse habitats have diverse life-histories—different strategies for migrating and reproducing across space and time. Diverse life histories are an evolutionary hedge against adverse environmental conditions, including poor ocean conditions. While fish with some types of life histories may vanish, others survive and allow the population as a whole to remain healthy.

This is the “portfolio” effect. In the stock market, to hedge against risk, investors diversify assets. Fish “diversify their assets” by evolving different life histories.

We see it in spades in places like Bristol Bay, Alaska, where diverse, widely distributed sockeye salmon populations have remained highly productive during good and bad ocean cycles. Bristol Bay returns are booming this year.

Removing the lower Snake River dams will allow more salmon and steelhead to take greater advantage of the thousands of miles of high-quality habitat in the basin, and their populations will maintain the life-history diversity that makes it possible for them to withstand the vagaries of the ocean.

Removing the lower Snake dams will restore 140 miles of free-flowing river, so smolts can ride the current and expend less energy, vastly reducing the time it takes them to reach the Columbia River estuary. Instead of swimming through a “food desert” at risk from predators, smolts will travel with the current through a food-rich river.

Without question, removing the lower Snake River dams will vastly increase the abundance of smolts that make it to the ocean in good condition, and in turn, increase the number of returning adults.

So, the next time someone breaks out the “ocean excuse,” challenge them to come up with a specific, feasible action plan for Snake River salmon and steelhead recovery that works better than removing the lower Snake River dams.

If your experience is like mine, your challenge will be met with a blank stare and little else.