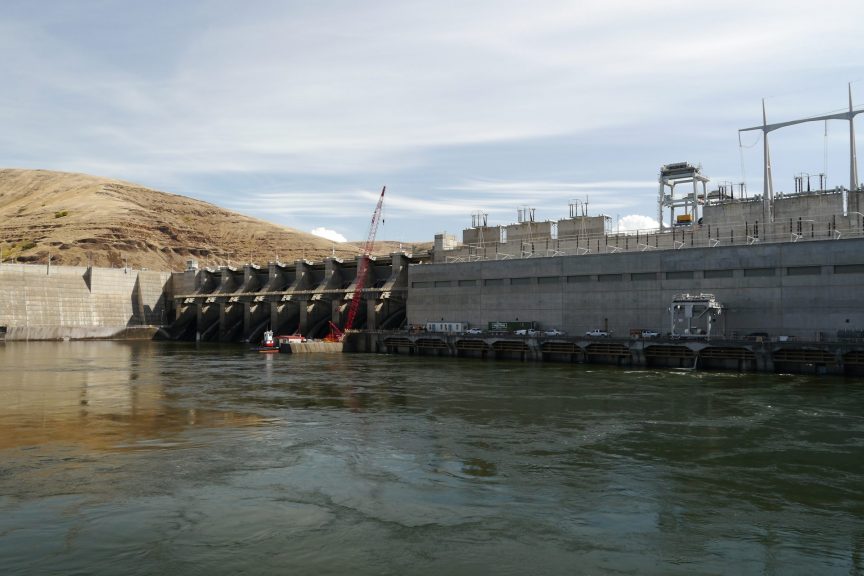 Editor’s note: In the Pacific Northwest, a long debate about saving the endangered Snake River salmon and steelhead is reaching a head. Trout Unlimited is rallying around proposals to remove the lower four Snake River dams and invest heavily in the region’s economy and communities.

The question of the moment is: Do the Snake dams really need to come out? The answer is clear—yes.

Hatcheries will not restore the populations. Nor will barging fish around the dams, improving dam fish passage structures, spilling more water, culling predators, further reducing harvest, or restoring degraded habitat. What the salmon and steelhead need to make a comeback is a free-flowing lower Snake River.

Join us over the next six weeks as TU’s scientists and policy experts explain why we have no other choice if we hope to stave off extinction and recover abundant, fishable populations of Snake River salmon and steelhead.

If you’re wondering why salmon and steelhead populations in the Snake River are in trouble, the answer is obvious to me and many, many other scientists working on this issue. It’s the four dams on the lower Snake and the reservoirs behind them: They kill too many fish.

Though other factors influence steelhead and salmon populations in the system, decades of research demonstrates that taking the four dams out is the only step that will save these fish.

You may have heard something different—that the dams are not the problem, that “96 percent of juveniles survive the trip over each of the dams,” and that warming oceans are largely to blame for declining populations in the basin.

Don’t be misled. That 96 percent statistic? It only tells us how many fish might survive after an immediate encounter with a concrete dam structure; it is based on a “performance standard” test of fish passing from one side of the dam to the other. It completely ignores the broader and cumulative impacts of the dams on the fish.

Thanks to uniquely extensive monitoring over many decades to track the fate of fish migrating throughout the Snake system, we know the impact of the dams is much, much greater: what the most recent science indicates is that each of the dams reduces survival by 20 to 25 percent.

How do the dams harm fish?

It’s important to understand that salmon and steelhead are not harmed only when they encounter the concrete and turbines. Rather, fish take a beating throughout the entire system, and the blows are cumulative.

Above each dam is a reservoir—a slow-moving, warm, simplified habitat crowded with predators. In a free-flowing river, juvenile fish migrate passively, rapidly riding the river current to the ocean. On the Snake, they must actively swim through the reservoirs, expending a great deal of energy in a “food desert” exposed to predators. The dams increase the time it takes juvenile salmon to reach the ocean by 10 times on average, and about half of them die before they complete that journey.

Of those that do make it through the dams, they enter the estuary and ocean in stressed and in poor condition, which makes it harder to avoid predators and withstand the rigors of life at sea.

It is difficult to measure precisely how many young fish die in the estuary or ocean as a direct result of their passage through the gauntlet of dams and reservoirs, but as many as 67 percent of them do, according to recently summarized estimates.

The lethal effects of the dams and reservoirs also take a toll on fish that survive to adulthood and attempt to return to their Snake River spawning grounds.

So what is the cumulative effect of all this mortality?

Scientists measure that by calculating the SAR, the “smolt-to-adult-return” ratio, which tells us how many adults made it back above the dams to spawn from each group of smolts that migrated out. To sustain salmon and steelhead populations, the SAR should be above 2 percent. To recover populations, 4 to 6 percent is needed.

Over the past 25 years in the Snake, salmon and steelhead SARs have failed to reach even 2 percent. For wild spring chinooks, only 0.8 percent of the fish that migrate out as juveniles make it through the dams and back. Yes, that’s less than 1 percent.

In other words, these fish are on a path to extinction.

How do we know that removing the dams will have an impact? The decades of monitoring that clearly links survival to passage history can perhaps best be conveyed in two data points:

One: Before the last three Snake dams were completed, somewhere between four and six percent of the fish returned—above the threshold needed to recover populations today.

Two: Fish in the Yakima and John Day rivers pass fewer dams between their spawning grounds and the ocean—and have SARs that are 2.5 to almost four times those of wild chinook from the Snake. (And it is notable they all share the same ocean, which will be a topic of a later piece in this series.)

Over their long history, salmon and steelhead have shown themselves to be remarkably resilient, and they can rebound if given a chance. The best way to ensure that—the only management action that can restore healthy, abundant, and harvestable salmon and steelhead in the Snake River—is to remove the four dams and open a free-flowing migratory path between the Pacific Ocean and the very best coldwater habitat on the planet.