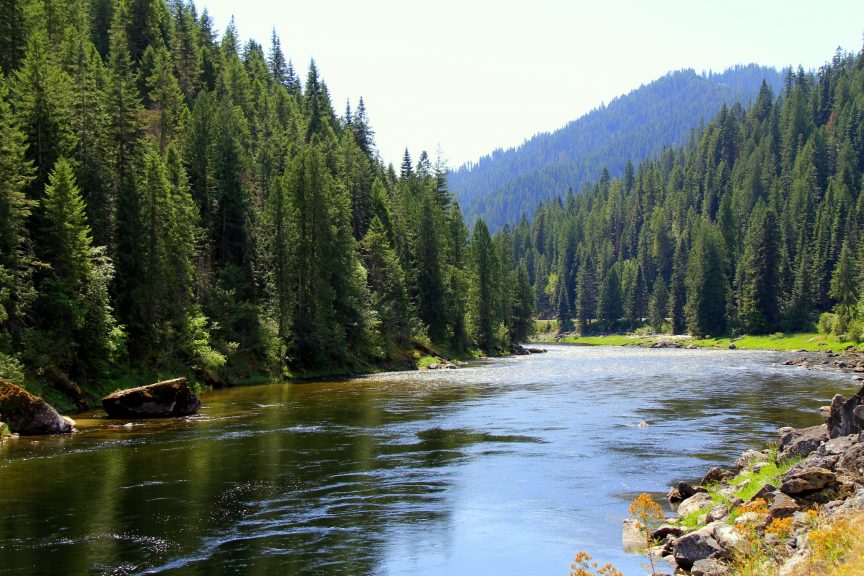 So when the Idaho Fish and Game Department posted a blog on June 4, “Early indication show wild steelhead rebounding from years of low returns,” it’s not surprising that the agency and subsequent media reports celebrated the finding that wild B-run steelhead numbers in the Lochsa River increased this year.

We at Wild Steelheaders United agree: any increase in wild steelhead abundance is a move in the right direction. Unfortunately, the news on B-run numbers in the Lochsa falls far short of meriting a celebration.

Here’s why. Wild steelhead of the Lochsa River drainage should be doing far better than they are.

As a tributary to the Clearwater River — one of the most famous B-Run steelhead fisheries in North America — the Lochsa has a lot to offer in terms of steelhead production. Congress designated the Lochsa as a Wild and Scenic River in 1968, and today it shows little change in overall habitat quality, except for some logging in tributaries.

The Lochsa, renowned for its Westslope cutthroat fishery as well as its spring “hatch” of whitewater enthusiasts, has been managed intensively as a wild steelhead conservation area since 1983. Under this management, there is no angling for steelhead permitted anywhere in the drainage. Moreover, this system has not been directly influenced by hatchery releases since 1983, although some straying may occur.

So on one hand, IDFG’s recent post about wild steelhead numbers in the Lochsa and its major steelhead tributary, Fish Creek, should not be surprising. This system should produce more steelhead than other systems with more compromised habitat, hatchery influence and angling pressure. But we know from historical records and other metrics that the Lochsa should be producing a lot more than it is.

The numbers and analysis recently provided by IDFG are just a snapshot in time and do not accurately reflect the reality for wild steelhead in the Lochsa and Fish Creek. A recent report (Dobos et al. 2019) that looked at smolt-to-adult (SAR) returns presents a starkly different, and more accurate, picture.

Readers of our Science Friday and blog posts will recall that SAR is perhaps the most important measurement of the health of salmonid populations. We know that a SAR rate of 2% is required simply to maintain a population. A SAR rate greater than 2% is associated with actual growth of a population, whereas as SAR of less than 2% is associated with unrecoverable population decline. On Fish Creek, for migration years 1996-2016, the geometric mean SAR is 0.8%.

This is a stark reminder that abundance isn’t everything. Improved abundance in one year is nice, but SAR is the metric that really shows what’s going on — and these numbers, in the Lochsa and throughout the Snake River watershed, are downright frightening.

Abundance and productivity are used extensively in assessment of Endangered Species Act status and can paint an incredibly different picture. So much so that it has been recognized that Idaho wild steelhead are not consistently meeting replacement based on adult to adult productivity. On Fish Creek, with its 19 years of solid brood year data, wild steelhead numbers meet replacement criteria only in nine of those years.

We strongly support efforts by IDFG to consistently monitor and evaluate wild steelhead populations throughout the Snake River basin, so we can evaluate data like this year’s B-run numbers in the Lochsa in context and adapt management policies and practices accordingly. And we do not wish to be “nattering nabobs of negativity” (to quote former US Vice President Spiro Agnew).

But the reality is, by every measure considered in context Snake River basin wild steelhead are steamrolling down a path to extinction. Idaho wild steelhead have one thing in common with all other wild steelhead populations — the ocean — but are consistently doing more poorly than their counterparts in other waters. With 140 miles of slack water created by the lower Snake River hydropower system, mortality is at or above 50% for out-migrating smolts. The Lower Snake River dams are simply too much if this species is to persist — and provide fishing opportunity into the future.

Steelhead anglers are the ultimate optimists. It’s no wonder that we look for positive trends in any wild steelhead news, and any uptick in abundance in an important wild steehead habitat area is worth mentioning. But we must be realists, too. The downward population trend for wild steelhead and salmon in the Snake River is clear and irrefutable. We have spent some $17 billion over the past three decades trying to offset the impacts of the dams on these iconic fish, and the return on this investment thus far is SAR rates remaining stubbornly below 2%.

So let’s see this year’s Lochsa B-run numbers for what they are: a bright spot in an otherwise bleak picture — and evidence that even the most unspoiled, productive habitat can’t compensate for the adverse effects of the Lower Snake River dams.