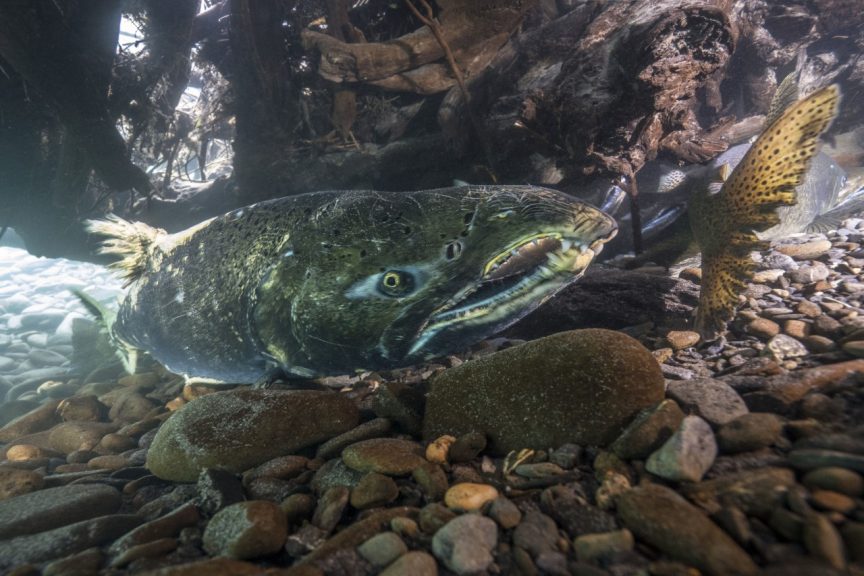 Editor’s note: This is the third in a series of posts that show why the four dams on the lower Snake River must come out to ensure a future for Snake River salmon and steelhead. Read the previous posts in our series here and here.

In the mid-20th century heyday of large dam construction, when fishing interests worried about the impacts on migratory salmon and steelhead populations, dam boosters offered up hatcheries as a solution. The pitch was simple: we can build dams and enjoy the benefits they provide, and the hatcheries will sustain the fisheries. It was an alluring win-win proposition that proved persuasive at the time.

Today, there are many so-called “mitigation hatcheries” in the Snake River basin that are intended to produce enough salmon and steelhead to make up for the wild fish that were lost when their habitat was blocked by dams. Roughly 33 million juvenile salmon and steelhead are released from Snake River hatcheries every year, including more than 15 million spring/summer chinook and 10 million summer steelhead.

That’s a lot of fish.

And on that score, the news is not good. In the Columbia/Snake basin, from 2008 to 2017, on average just 0.4 percent of the hatchery spring/summer chinook—about 60,000 fish out of 15 million—survived to make their way back up as adults past Lower Granite dam, the farthest upstream of the four lower Snake dams. Just 1.3 percent of hatchery summer steelhead returned from 2007 to 2016. In the most recent years the percentage has been even lower.

What we’re learning is that producing more hatchery fish is clearly not the path to recovery. The current gauntlet that Snake salmon and steelhead run between their headwaters and the ocean—eight Snake and Columbia river dams and the slack-water, predator-filled reservoirs they create—are indiscriminate killers of both wild and hatchery fish.

But there are two other reasons that hatcheries will never save the day: They lack the production potential of natural habitat, and they produce lower-quality fish.

Trout Unlimited was a member of the Columbia Basin Partnership, a diverse stakeholder group with representatives from basin states, tribes, and conservation and business interests that recently agreed on salmon and steelhead recovery goals. The partnership’s goal is to recover “healthy and harvestable/fishable” salmon and steelhead populations, and that means increasing naturally produced adult Snake River spring/summer chinook and steelhead by more than five times—to levels that we have not come within a “country mile” of achieving since the dams were built on the lower river.

Only Mother Nature’s “hatchery”—the thousands of miles of high-quality habitat in the Snake basin—has the potential to achieve “healthy and harvestable/fishable” populations. It is a pipedream to think hatcheries could produce enough fish to replace the production potential of thousands of river and stream miles (not to mention the fact that a massive increase in hatchery production would doom wild salmon and steelhead, failing the “healthy” prong of the goal).

Only wild fish have the productivity, diversity and fitness required to create and sustain such healthy populations long-term in the face of climate change and a mercurial ocean. These attributes exist because wild fish use a wide variety of habitats—ranging from warmer, larger, low-elevation main-stem rivers to colder, smaller, high-elevation creeks that you can hop across—that sculpt them through natural selection to thrive in each unique habitat. The fact is that wild salmon and steelhead survive better than hatchery fish.

The bottom line is this: All roads lead back to the conclusion that we need to remove the lower Snake River dams.

Neither wild nor hatchery Snake River fish are surviving the deadly journey through the system’s dams and reservoirs. Achieving the partnership’s recovery goals can only be accomplished through natural production of wild fish—and that is impossible without a free-flowing lower Snake River.