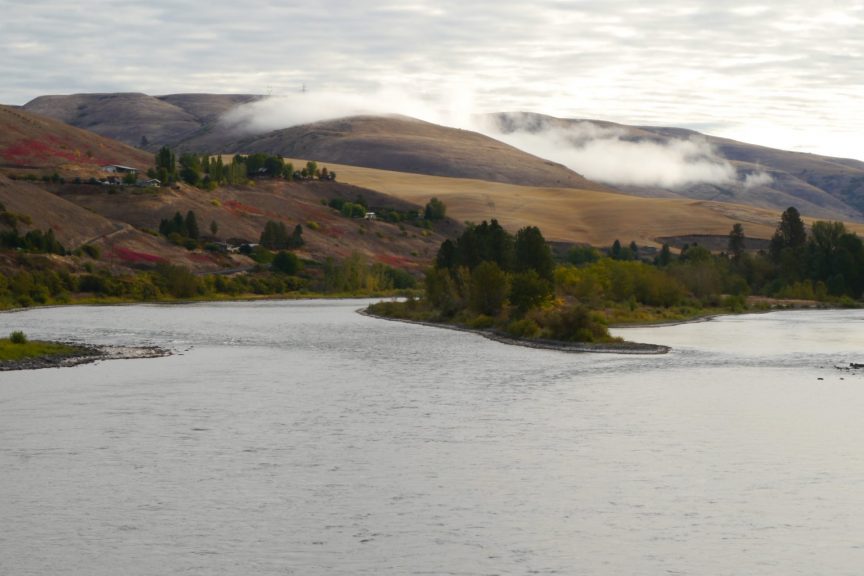 Editor’s note: This is the fourth in a series of posts that show why the four dams on the lower Snake River must come out to ensure a future for Snake River salmon and steelhead. Read the previous posts in our series here, here, and here.

The equation is simple. It’s hot. It’s going to get hotter, which is why it is so urgent to increase access for salmon and steelhead to the thousands of square miles of the most climate-resilient, high-elevation habitat in the Snake River basin by removing the lower four Snake River dams.

Salmon and steelhead are cold-water dependent. Climate change is exacerbating the very real challenges they face in the Snake and across the Northwest. Over the coming decades, climate change will reduce the cold-water habitat in Washington, Oregon, California and Idaho. The simple truth is, many low-elevation streams are going to get warmer, and some will no longer support salmon and steelhead if fish lack access to cold-water habitats when they need it. Ocean conditions will likely become more challenging, as well.

Currently the Snake River basin represents approximately 50 percent of all available cold-water habitat for West Coast salmon and steelhead in the lower 48 states. This number is projected to increase to 65 percent by 2080 because of the Snake basin’s high elevation, with some headwater spawning areas at over 6,500 feet.

Much of the Snake basin is contained within public lands with designations that protect fish and wildlife — like wilderness and roadless areas — meaning that the high-value habitat there will remain intact. In addition, tremendous effort and investment has been focused on improving and expanding the Snake’s climate refuge, by restoring degraded systems including the Lemhi and Pahsimeroi. But this habitat is currently underutilized, and the gains from restoration work will only be realized if more fish survive their migration to and from the Pacific.

It is not only the sheer number of salmon and steelhead the Snake basin can produce, even with climate change, that makes it unique in the lower 48 states; the diversity of fish it can produce also matters greatly. The thousands of miles of varied habitat in the Snake basin, once occupied, will increase genetic and life-history diversity, as well as spatial distribution, which are key to salmon and steelhead resilience. Genetic and life history diversity developed in connected, complex habitat across a large landscape are what has allowed Pacific salmon to endure major climate shifts, poor ocean conditions and disturbances such as wildfire and volcanic eruptions.

The lower river stands in stark contrast to those intact, cold-water, high-elevation habitats in the headwaters of the Snake basin. The four ;ower Snake River dams have turned 140 miles of free-flowing river into a series of slack-water reservoirs, which become lethally hot in the summer. In 2015 almost all returning sockeye adults perished from hot water in the Columbia and Snake, and the heat wave currently gripping the region could lead to another exceptionally lethal year.

The hot temperatures take a heavy toll on summer and fall chinook and steelhead, too, which migrate through the lower Snake in the summer and early fall.

Getting rid of these reservoirs will cool water temperatures by eliminating the heat-trapping effects of the impoundments and restoring the natural connection between surface and groundwater throughout this entire stretch of river. Restoring a free-flowing lower Snake will also enable cold water releases from Dworshak Dam to reduce water temperatures much farther downstream than they currently do, benefitting migrating salmon and steelhead.

Dam removal will also reduce predation and increase the fitness of out-migrating smolts, increasing the number of fish that will survive to adulthood and return to spawn.

Let’s face it: climate change is going to be tough on the Northwest’s salmon and steelhead. Yet the Snake River basin offers a vast network of climate change-resilient habitat that can support healthy, abundant salmon and steelhead populations far into the future. This enormous potential will be realized only if many more fish can find their way safely “home”, and that will only happen with a free-flowing Lower Snake River.