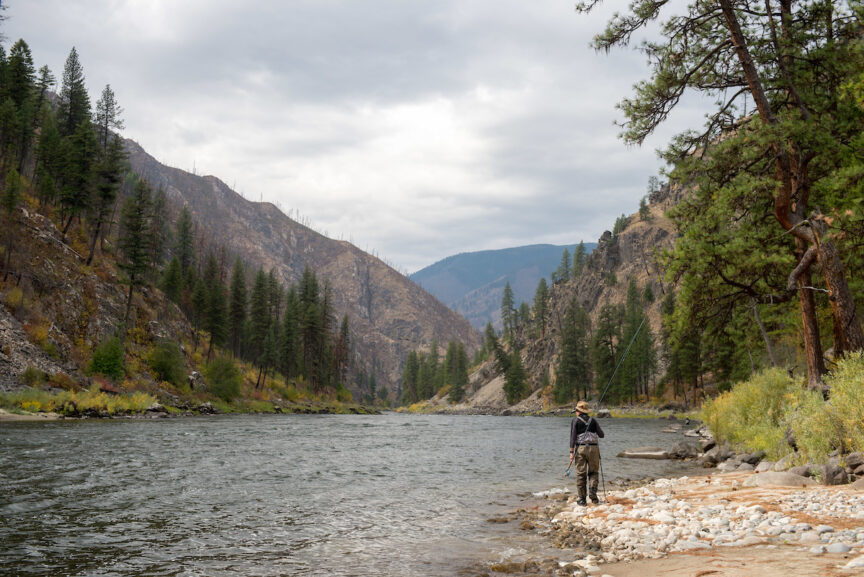 This morning, the US Army Corps of Engineers released the Columbia River System Operations Environmental Impact Statement Record of Decision (ROD), aka the federal government’s plan for kicking the can down the road on management of the lower four Snake River dams and the uncertain future of the salmon and steelhead of the Snake River Basin.

The ROD adopts the preferred alternative developed through the agencies’ environmental impact statement process. The decision recommends a limited increase in the amount of water spilled over the four dams on the Lower Snake River, but allows the dams to stay in place at a significant cost to salmon, steelhead, tribes, anglers, and communities across the Columbia Basin.

It’s no secret that these dams have a huge impact on the health and abundance of salmon and steelhead runs in the Columbia Basin. In the Final Environmental Impact Statement issued earlier this year, the Corps acknowledges that “in the case of fish, both salmon and steelhead models [used by the Corps to evaluate impacts] align in their prediction that [dam removal] would have the highest potential benefits for Snake River salmon and steelhead.” P. 29.

It’s both expected and disappointing that the co-lead agencies have avoided serious consideration of removing the lower four Snake River dams, but ultimately we need the leadership of elected officials across the Pacific Northwest to find a solution that will improve conditions for salmon and steelhead while addressing the needs of agricultural interests and other communities. To read more on TU’s position on lower Snake River dam removal, click here to read a post from CEO Chris Wood that followed the release of the Columbia River System Operations FEIS earlier this year.

Now, more than ever, we need your voice to help tell decision makers across the Pacific Northwest that we value salmon, steelhead, and the opportunity to pursue them. Click here to sign our petition and to offer your perspective on the value of Snake River salmon and steelhead and why removing the lower four Snake River dams is crucial to ensure their populations thrive in the future. And click below to read our report, “Why We Need A Free Flowing Lower Snake River” for all the science behind dam removal and what it would do for salmon and steelhead in the Columbia River Basin.