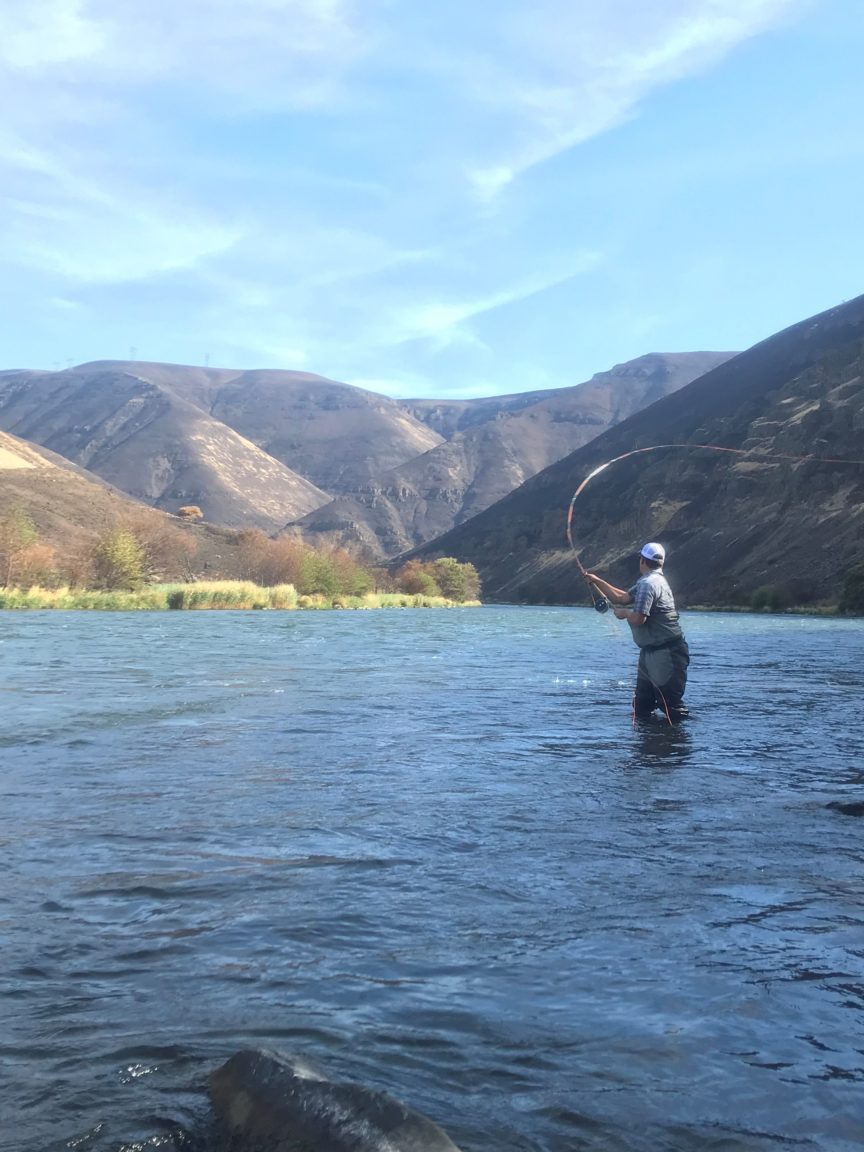 After months of winter steelheading, and with spring a few days away, wet-wading and sunshine are starting to sound pretty appealing. But warmer temperatures also bring some complications for summer steelhead in the Columbia basin.

Tributaries like Herman Creek, Eagle Creek, Little White Salmon, and the Deschutes River deliver cold water to the Columbia even when air temps climb. Summer steelhead will hold in the confluence of such tributaries with the Columbia to rest and avoid temperatures in the mainstem that often exceed 70 degrees F in peak summer months. These fish enter freshwater from the ocean with a limited “battery” of energy stores to make it upstream to their homewaters. Elevated temperatures in the mainstem Columbia mean that battery drains faster than under cooler conditions, as fish have to use more energy to swim upstream the warmer water becomes.

Anglers that concentrate their effort in these coldwater refuges further stress fish that already face an uphill battle to migrate successfully to their natal spawning grounds.

The coldwater refuges found at the mouths of tributaries in the Columbia are critical for the long-term viability of summer steelhead in the basin, particularly with climate change likely causing warmer temperatures in the years to come. Wild Steelheaders United has advocated for increased protections for Columbia summer steelhead in these coldwater refuge areas since our inception. We will continue to fight for fishing regulations that provide opportunity but put the long-term health of Columbia and Snake River summer steelhead first in all fishery management decisions.

Fisheries managers in Oregon had planned to hold an informational meeting in Hood River on March 25 to discuss Thermal Angling Sanctuaries in the Columbia River. The regulations would help protect endangered populations of summer steelhead — including the legendary B-run steelhead of the Snake basin — on their upstream migration. Wild Steelheaders United applauds ODFW for taking steps to protect these unique summer steelhead populations while balancing conservation measures with continued opportunity for angling.

While we anticipate that the March 25 meeting will be rescheduled, we encourage ODFW to continue rulemaking for coldwater refugia in the Columbia basin. Stay tuned to Wild Steelheaders United blog and social media channels for updates on the meeting schedule and outcomes. Stay safe, stay healthy, and we’ll look forward to seeing you on the water this summer.