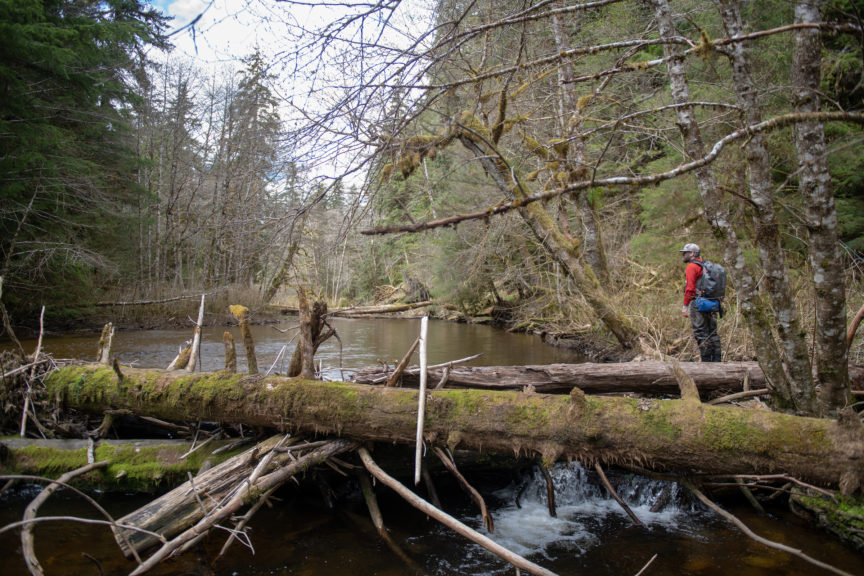 According to the Alaska Department of Fish and Game (ADFG), 322 of Southeast Alaska’s 5,000+ anadromous waterways (waters that support ocean-going fish like salmon and steelhead) are officially recognized as supporting annul escapements (or runs) of steelhead. The “officially recognized” part is key, as this means they are included in the ADFG Anadromous Waters Catalog (AWC). We believe there are many more than 322 that are not documented at this time.

Being included in the catalogue is important because anyone looking to develop a project in documented anadromous waterways must adhere to conservation measures that help ensure the fish resources aren’t harmed in the process.

Over the past few years, Trout Unlimited has worked to increase the number of officially recognized anadromous streams by using citizen science – going to select Tongass 77 watersheds and surveying the area for steelhead. By the end of the year, Trout Unlimited hopes to have four new species additions to the AWC, and nearly 10 miles of undocumented habitat added.

A story was recently printed about our efforts in Fish Alaska magazine. Read the full article, learn more about why it’s important for waters to be catalogued, and how you can help.