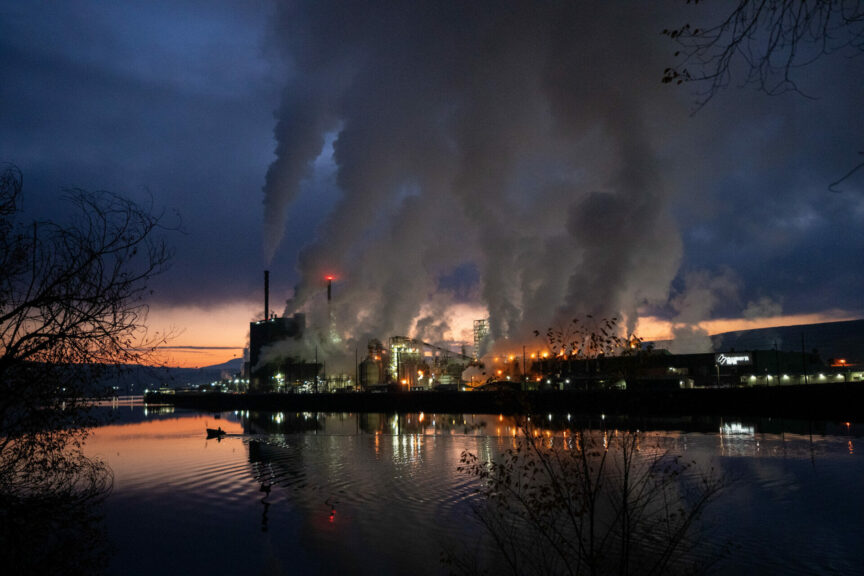 ARLINGTON, Va.—The Biden Administration released a draft report today from the National Oceanic and Atmospheric Administration (NOAA) determining that removal of the lower four Snake River dams is urgently necessary to save plummeting populations of salmon and steelhead in the basin.

The draft report from scientists at NOAA, Rebuilding Interior Columbia Basin Salmon and Steelhead, found that “the science robustly supports process-based stream habitat restoration, dam removal (breaching), and ecosystem-based management, and overwhelmingly supports acting, and acting now.” It adds to a growing consensus that recovering healthy, harvestable Snake River salmon and steelhead will not be possible without restoring a free-flowing lower river.

“This report confirms what scientists have said for decades: the four dams on the lower Snake River threaten Snake salmon and steelhead with extinction,” said Chris Wood, president and CEO of Trout Unlimited. “Unless we remove them—and begin immediately—recovery will not be possible. NOAA is right to call for urgent action. This report is a wake-up call for Congress and the Administration to start planning, now, so these dams can be removed in time to enable recovery, and so investments can be made to replace the socioeconomic benefits the dams provide.

“A comprehensive solution that works for Snake River salmon and the people who rely on the river is within reach,” Wood added. “Now is the time to grasp it.”

Amid declining salmon runs, Northwest tribes and conservation groups have spent decades calling for the removal of the four dams on the lower Snake.

The NOAA report comes on the heels of a draft report commissioned by Murray and Inslee that found that the power, agricultural, and transportation services the dams support could be replaced, and that breaching the dams would “significantly improve” salmon recovery. The vast majority of the more than 15,000 comments on the report supported removing the lower four dams. A second report released by the Department of Energy today, BPA Lower Snake River Dams Power Replacement Study, also said it is feasible to replace the power services the dams provide the region.

In finding that removal of the lower Snake River dams is necessary, NOAA’s fisheries scientists relied on salmon recovery goals established by the Columbia Basin Partnership Task Force, a group of more than 30 government and stakeholder representatives, including Trout Unlimited, from across the Columbia Basin.

Those goals were set by consensus and reflect broad support for restoring healthy and harvestable wild salmon and steelhead populations.

“While we appreciate and agree with NOAA’s finding that breaching the lower Snake River dams would be ‘transformative,’ we believe it still understates both the magnitude of the recovery potential and the speed with which recovery could happen,” said Rob Masonis, Vice President for Western Conservation at Trout Unlimited.

“These dams are preventing salmon and steelhead from reaching hundreds of miles of rivers and streams in the Snake Basin that have been restored and reconnected over the past 30 years, as well as thousands of miles of high quality, roadless habitat. Removing these dams will get fish back into that habitat in big numbers, and long before 2050,” Masonis added. “This is the golden key that will unlock the benefits of other salmon recovery investments.”

The draft report also calls out the need to restore passage to thousands of miles of habitat above the Grand Coulee dam to recover healthy and harvestable salmon and steelhead populations in the upper Columbia Basin.