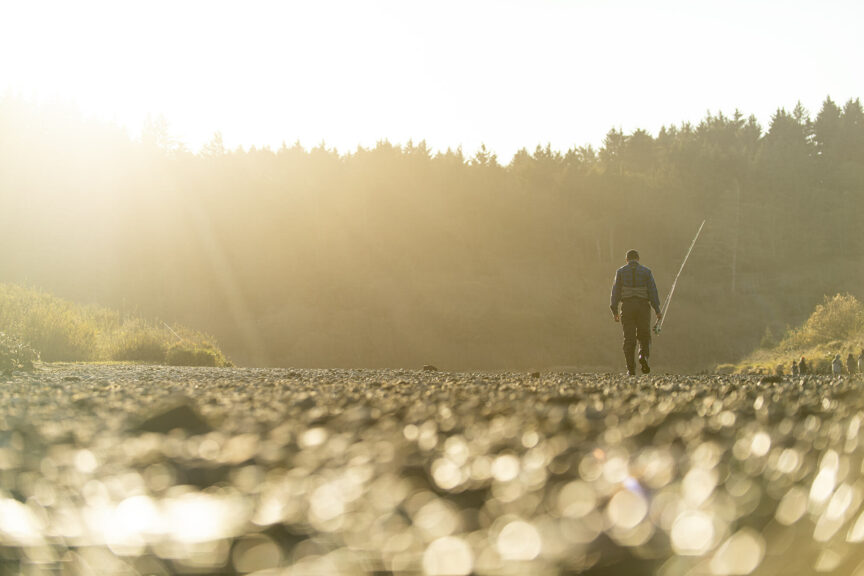 The State of Oregon is justifiably famous for many things, among them its world-renowned salmon and steelhead fisheries. But a slew of impacts, including hotter and drier conditions associated with climate change and harmful timber practices (especially on private forest lands), have diminished many of Oregon’s salmon and steelhead runs.

Late last Friday, eighteen months of negotiations led by Gov. Kate Brown and involving timber industry representatives and conservation groups — including Trout Unlimited — paid off in a comprehensive new agreement, known as the Private Forest Accord, that will dramatically improve the health of Oregon watersheds for both fish and people.

Rivard added, “The only way forward on issues related to management of Oregon’s timber lands is a collaborative approach. We salute Gov. Brown’s strong leadership in this effort, and the commitment of our fellow negotiators to persevere until we were able to reach this hard-won agreement, which will help sustain Oregon’s unique natural heritage and the fishing industry that depends on it.”

Among other benefits for salmon and steelhead, the new agreement expands riparian buffers on fish bearing streams as well as perennial waters, improves road and stream crossing standards, remediates abandoned and legacy forest roads, and provides new protections for streams from runoff from steep slopes and debris torrent channels. The agreement also provides new protections for beavers and their important role in building fish habitat and wildfire resilience, among other improvements.

As part of the agreement, the timber industry pledged to invest some $5 million per year in conservation measures for 50 years, to be matched with an annual investment of $10 million from the State of Oregon.

Rivard noted that healthy, well managed forest lands are vital to Oregon’s economy and ecology. These lands are sources of water for many communities and harbor critical habitat for the salmon and steelhead that Oregon’s commercial and recreational fishing industries depend on. “We pledge our continued support for this process and the end game of adopting a statewide Habitat Conservation Plan that will ensure better habitat conditions for both fish and people,” she said.

Background. TU’s work in Oregon and other Western states has proven it is possible to improve agricultural and forestry practices to reduce impacts on coldwater fish and habitats while enabling these industries to remain productive and profitable.

One of our challenges in Oregon is that state regulations and common forestry practices have been considerably weaker than those in neighboring Washington, and water quality and other habitat conditions in many of Oregon’s salmon and steelhead streams have been degraded as a result.

Two years ago, Gov. Kate Brown sought to bridge differences and foster a collaborative approach to this challenge. The governor’s leadership paid off in February 2020 with a Memorandum of Understanding and passage of state legislation known as the Private Forest Accord, which included a commitment to negotiated settlement regarding controversial forestry practices on the more than 10 million acres of privately-owned forest lands in Oregon.

The deal also included restrictions on stream-side logging in Oregon’s Siskiyou region, meant to protect fish. This region, in the southern part of the state, had been exempted from such logging buffers, which are in place throughout the rest of Oregon’s coastal forests.

TU’s Rivard was one of six fish advocates appointed by the governor to negotiate terms needed to enable adoption of a statewide Habitat Conservation Plan. Brown also appointed seven private timber industry representatives to this initiative. TU’s priorities in this process were to reduce sediment deposition from logging roads, expand stream buffers needed to keep water temperatures cool, ensure recruitment of wood to streams to create and enhance habitat complexity, and prevent landslides into streams from clearcuts.

You can read Gov. Brown’s statement on this historic new agreement here. For more information, contact Chrysten Rivard at crivard@tu.org.