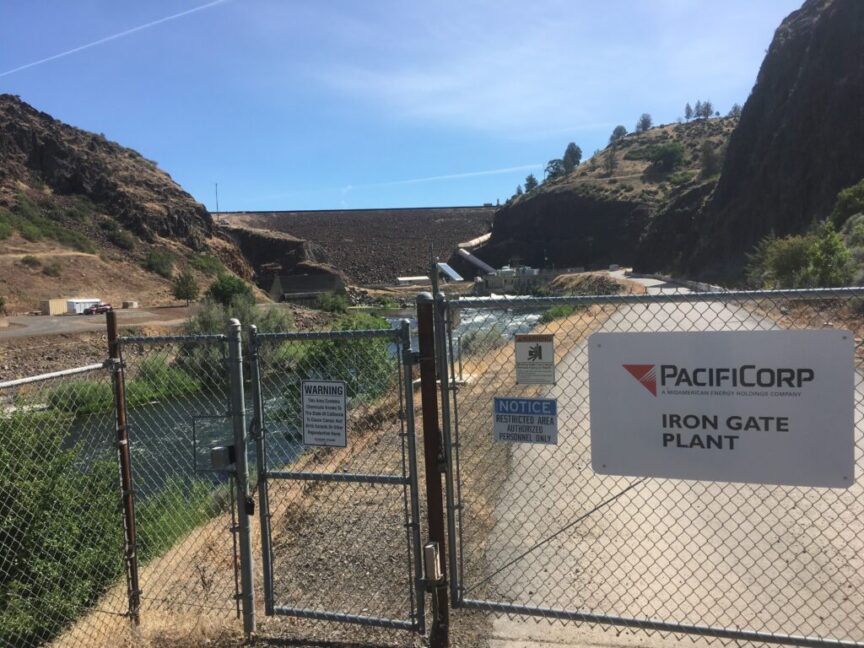 Trout Unlimited lauded the Memorandum of Agreement released today by the states of California and Oregon, the Yurok and Karuk Tribes, PacifiCorp (a subsidiary of Berkshire Hathaway Energy), and Klamath River Renewal Corporation. With the agreement, the two states and Berkshire Hathaway-owned PacifiCorp agreed to provide additional resources and support for dam removal through the Klamath Hydroelectric Settlement Agreement. See TU’s press release here.

“Leadership matters. This is happening because Gov. Newsom, Gov. Brown, and Warren Buffett’s executive team made it happen,” said Chrysten Lambert, Oregon director for Trout Unlimited. “After decades of leadership by the tribes and strong support from conservation and fishing groups, the project is moving forward.”

“Today’s agreement solves the remaining issues associated with the project and clears the way for dam removal,” said Brian J. Johnson, California director for Trout Unlimited. “This is not a back-up plan. This is a better version of the plan.”

Johnson also serves as vice president of the board for the KRRC. Johnson was the board’s designated representative to this summer’s negotiations.

“Really hard projects like this never happen just because they’re the right thing to do,” said Johnson. “They happen when a group of people decides that failure is not an option.”

The MOA responds to a decision by the Federal Energy Regulatory Commission in July that authorized transfer of the operating license for Iron Gate, Copco I and II, and J.C. Boyle dams from PacifiCorp to the KRRC, but required PacifiCorp to remain as co-licensee. This condition was not anticipated under the KHSA. At that time, Charlton Bonham, director of the California Department of Fish and Wildlife, said, “FERC threw us a curve ball. But this teams hits curves.”

Bonham and Richard Whitman, director of the Oregon Department of Environmental Quality, spearheaded the states’ efforts to resolve issues created by the FERC decision. “Oregon and California stepped up when we really needed it,” said Lambert. “The terms of the MOA reflect their long dedication to and progressive investment in restoring the Klamath River and its salmon and steelhead fisheries.”

The MOA reflects the ongoing commitment and resolve of parties to the amended KHSA to physically remove the dams and achieve a free-flowing river, volitional fish passage, and site restoration. To that end, it describes a procedural path forward before the FERC in support of dam removal, by describing steps necessary to implement Klamath Dam removal plans that meet PacifiCorp’s need to transfer ownership of the dams prior to their removal while addressing FERC’s concerns, in two specific ways.

Dam removal through the Klamath Hydroelectric Settlement Agreement, or KHSA, is the keystone to decades of effort by tribes, resource agencies, and conservation groups to restore the Klamath River and its once-prolific runs of salmon and steelhead. The KHSA provides for removal of four antiquated dams currently owned by PacifiCorp and reflects the utility’s determination that continuing to operate the dams is not in the best interest of ratepayers.

Years of analysis have shown that removing the Klamath dams is the best deal for ratepayers and the best way to restore the Klamath River’s legendary runs of native salmon, steelhead and four species of sucker fish.

Trout Unlimited is a signatory to the KHSA, and has worked closely with all Klamath stakeholders over the past 20 years to resolve water management challenges in the Klamath Basin, to develop cooperatively a permanent fix for the impacts of the four dams on fish, and to restore habitat, fish passage and water quality in Klamath Lake and its tributaries.

Collaboration toward that end between the tribes and conservation and commercial fishing groups, according to Johnson, “is a model for how dedicated coalitions can work together.”

This week’s agreement is the latest in a series of key milestones that reflect the efforts of this partnership. In 2006, TU attorneys worked with others from the conservation and fishing community and tribal governments in a “trial type” administrative proceeding guaranteeing volitional fish passage into the upper basin and ensuring that dam removal would be the most cost-effective option.

In 2010, the coalition successfully negotiated the KHSA. In 2016, after Congress failed to ratify the agreement, TU and other coalition members identified paths forward via the FERC relicensing process, with innovative insurance mechanisms, and amended the settlement agreement. When FERC issued its decision this summer, tribal members and members of the conservation community, including TU, elevated the issue in the public arena and brought Berkshire Hathaway leadership to the negotiating table. Ultimately, the company met the states halfway to craft a solution that was better than the original.

In the upper Klamath Basin, TU is the lead entity driving restoration and reconnection of coldwater habitats through projects that improve quality, boost streamflows, and help native fish, landowners and local communities. Coldwater habitat in this region has been significantly disconnected over the past century, and there are significant water quality issues in and adjacent to Klamath Lake related to legacy land use. TU’s formula for success, based on cooperative partnerships with ranchers, private landowners and resource agencies typically employs local contractors to accomplish design, construction and monitoring.

These projects reduce nutrient or sediment pollution, help stabilize water temperatures, improve instream flows to enhance opportunities for spawning, rearing and migration, and improve stream channel and ecological function. They also are helping to prepare the upper basin for the return of salmon and steelhead to the watershed above Klamath Lake after the four dams are removed, likely beginning in 2022.

Go here to watch a short film about TU’s Upper Klamath restoration work, and go here to read an opinion-editorial by Chrysten Lambert on TU’s vision for success in the Klamath River watershed.