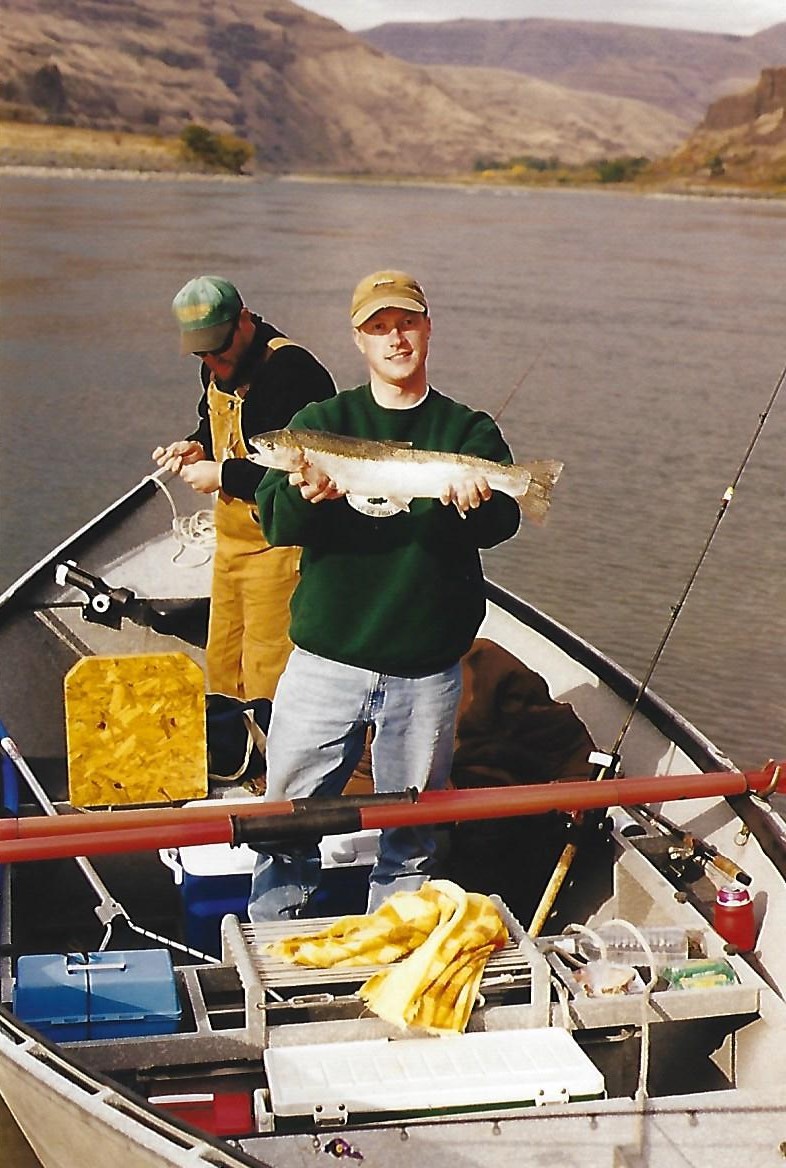 Eric Crawford is the North Idaho Field Coordinator for Trout Unlimited and the Wild Steelhead Initiative. Before coming to TU, Eric worked a 25 year career as an enforcement officer with Idaho Fish and Game. He’s based in Moscow, Idaho.

It was a fishing trip on a balmy November day, back trolling plugs with an old boss in an even older high sided aluminum drift boat that I was first introduced to Snake River steelhead. It was that trip 22 years ago in November and a hatchery A-run female that triggered a fascination and curiosity for these fish and their chinook cousins.

It wouldn’t be for another three years, in May of 2000 that I got my chance to fish for spring chinook salmon on the Clearwater River. An opportunity that had been lost in Idaho for several decades. In both instances it was an opportunity only provided by surplus hatchery fish, not their wild brethren, the later having been listed as Threatened under the Endangered Species Act in the 90’s.

At the time I had little understanding of the issues affecting salmon and steelhead abundance nor the intricacies of their life histories. In one situation it was a time to celebrate, angling opportunities for spring chinook salmon, on a population that had been extirpated by man’s ignorance. In another, Snake River steelhead had slipped to, for the time period, an all-time low. (These numbers are now rivaled by this year’s run.) With several factors influencing abundance, I learned it all came down to the 4 H’s, habitat, hatcheries, harvest and hydropower. Each in and of itself uniquely affecting numbers.

The low run numbers of the 90’s triggered Trout Unlimited’s Natural Resource Board to adopt a resolution, calling for expedited removal of the earthen portions of the four lower Snake River dams, believing it is the most scientifically-supported, cost-effective mechanism available for restoring Columbia/Snake salmon and steelhead. Even in 2019 Trout Unlimited stands by that resolution.

Twenty year’s later we are faced with similar situations, as if we haven’t learned from the past. The Clearwater River, famed for it’s B-run steelhead runs was closed this fall, a first in decades, due to low returns of hatchery brood. Little has been mentioned of the wild run component and their potential demise. The agency charged with recovering salmon and steelhead, the National Oceanic and Atmospheric Administration (NOAA) triggered it’s Early Warning Indicator in October citing, abundance and trend metrics for the population having fallen below the lowest 50 percentile of returns for the basin.

Elsewhere in the basin the Snake and Salmon Rivers have seen further angling restrictions being initiated. Spring and summer run chinook numbers have slowly slipped to historical low numbers, and even further angler restrictions placed on that species, if not all out fishing closures.

With 20 years of hindsight, and a diversified salmon and steelhead angling resume I’ve come to learn you can’t count on next year in the Snake River Basin, next year’s fish might not come. With a greater sense of urgency, in part due to a wanting to perpetuate these species for my young daughter and son, it’s become more about an icon of the Pacific Northwest, as historical and future place holders of our social, economic and cultural values we have come to cherish.