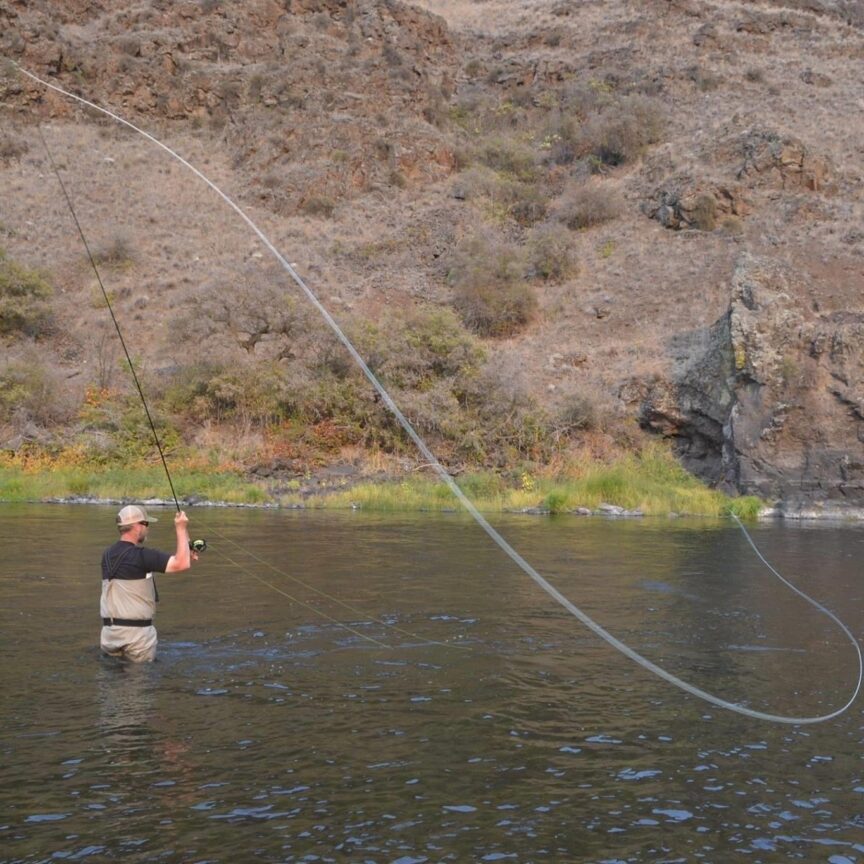 Last Friday, Washington’s Fish and Wildlife Commission (FWC) voted 5-4 to reform its Columbia River Basin Salmon Management Policy (C-3620), which guides salmon management in the Columbia and Snake Rivers. This original policy was put in place in 2013, but the FWC began a rigorous review in 2016, and essentially is returning non-tribal commercial gillnetting to the mainstem Columbia River over a dwindling mixed-stock fishery.

We believe that restoring gill nets to the Columbia River, a practice that has not occurred since the 2016, is a step backward for rebuilding depleted stocks of salmon and steelhead, and in our view, inconsistent with the recovery plan goals for the numerous distinct populations of wild salmonids listed under the Endangered Species Act (ESA), including summer steelhead.

There is a serious lack of studies and understanding about the gill net release mortality impacts on by-catch, particularly the unknown impacts to wild summer steelhead. This includes net-drop out mortality, post-release survival on by-catch steelhead, and no account for the sub-lethal effects on reproductive performance to steelhead that do survive and make it to their spawning gravel.

This dearth of necessary data and studies to fully understand the mortality rates of the non-selective gill net fisheries on by-catch is compounded by the lack of onboard vessel monitoring during these fisheries. Based on Washington Department of Fish and Wildlife (WDFW) staff reporting, onboard observation of the Chinook salmon gillnet fishery has occurred during only six of the last 23 years. This no doubt leads to a severe under-reporting of summer steelhead by-catch, which is unacceptable for a run on the ropes like Columbia River Basin summer steelhead.

Back in July, we submitted thorough and detailed comments that capture our concerns with this new policy, including our support to pursue alternative selective gear methods for the commercial fishery.

This chart from WDFW compares the original 2013 policy with the recently approved 2020 policy, and shows the various changes to gear, allocation of salmon, and other recommended measures from each.

For a detailed report from the FWC meeting, check out this recap from Northwest Sportsman Magazine. It includes a round-up of reactions from the recreational and conservation communities, including our own Brad Throssell, State Chair of Washington Council of Trout Unlimited, who had this to say:

“We’re deeply disappointed with today’s vote by Washington’s Fish and Wildlife Commission on the updated Columbia River Salmon Fishery Management Policy (C-3620). This policy, as introduced and moved to a vote by Commissioner McIsaac, represents a serious change of direction on Columbia River fishery policy, and one that puts critical fish species at risk.

“Without directives—not recommendations—to management, regular on-board vessel monitoring, and the necessary studies to understand mortality impacts from his non-selective fishery, the future of steelhead and salmon fisheries in the Columbia Basin are in jeopardy. We do applaud the opposition to this policy from Chair Carpenter and Commissioners Smith, Graybill, and Baker, and their points of concern that include gillnets being considered non-selective, concurrence issues with Oregon Fish and Wildlife Commission’s fishery policies, and recognizing that this new policy is a bigger problem than it is a solution. Despite their objections, the policy change was adopted on a 5-4 vote by the commission.”

While this FWC vote was closer than we expected, the new policy was approved, despite the overwhelming opposition from nearly 40 state legislators, various conservation groups, and over 100 sportfishing businesses and organizations.

This decision is poised to set the stage for issues with concurrent management between Oregon and Washington, and possible legislative pushback in Olympia.

In the meantime, here’s what you can right do now:

We’ll be tracking and actively working on this issue through the next steps, so stay tuned here, on our Facebook and Instagram channels, and make sure you’re signed up to receive our emails.