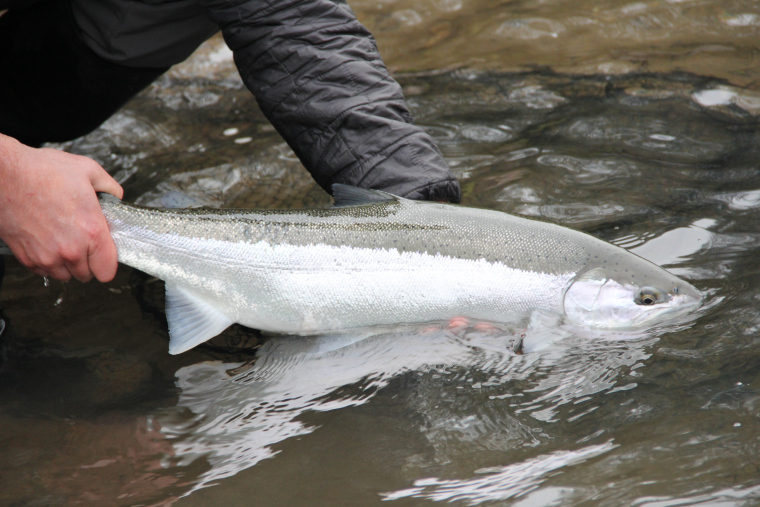 Wild Steelheaders has covered in a series of posts the current process of adopting a new plan for managing wild steelhead and other coldwater species in the rivers of Oregon’s South Coast region. This area – which harbors some of the most famous steelhead waters in the Lower 48 — is one of the only places on the West Coast where harvest of wild steelhead by sport anglers remains legal.

The initial plan released for comment by the Oregon Department of Fish and Wildlife would continue to allow harvest of wild steelhead. We advocated strongly for an alternative: allow catch and release only of wild steelhead until ODFW has far better data and analysis on crucial population and angler impact data.

But ODFW did not offer a catch and release alternative for the ODFW Commission to consider. We then worked hard to make sure the Commission heard from anglers that there is substantial public opposition to a policy of wild harvest until run numbers have improved and there is scientific justification for allowing wild fish to be taken.

With your help, we succeeded. The ODFW Commission directed the department to come back with a catch and release alternative for consideration. Last Monday, October 25, the Commission met again with ODFW staff to conclude discussion of the Rogue-South Coast Multi-Species Conservation and Management Plan (RSP).

The RSP sets the management direction for multiple species in Southwest Oregon’s coastal streams and the Rogue River basin. The plan has been in the works for two years and the development process has involved stakeholder meetings, habitat work groups and many testimonials from anglers. In fact, 88% of public comments received by ODFW supported a catch and release alternative.

Much of the discussion at the October 25 meeting revolved around the topic of conservation thresholds, in other words, the data point at which stronger conservation measures would be required, particularly thresholds involving juvenile steelhead abundance. In 2015 and 2016, the South Coast experienced severe drought which dropped the juvenile abundance index dangerously close to the conservation threshold of 30,000. Commissioners expressed their concern for increased and more severe drought in the coming years due to climate change and questioned whether action could be taken quickly enough if the juvenile abundance index dropped below the threshold of 30,000.

Commissioners discussed their concern for the lack of precaution in ODFW’s plan alternatives regarding harvest of wild steelhead, and called on ODFW staff to better define what conservation metrics will guide the RSP and explicate them in the plan. The Commission’s chair also directed staff to identify triggers and create action menus for what steps will be taken if population abundance drops below certain levels.

At the end of the meeting, the Commission requested that staff include a catch and release alternative in the final draft of the RSP, which will be presented to the Commission on December 17th.

In the face of the rapidly warming climate, and the increasing frequency and severity of drought and megafires that are associated with it, we all must do more to protect our wild steelhead stocks – and we must demand more of those responsible for managing them. We can no longer accept the status quo and antiquated angling policies that are simply “how it’s always been.”

Thanks in part to the voices of hundreds of Wild Steelheaders supporters, ODFW now must build a catch and release alternative into the Oregon South Coast RSP. That’s progress. But given ODFW’s reluctance to seriously consider such a policy previously, it is important that the ODFW Commission continue to receive messages of support for a management approach that will better protect our dwindling wild steelhead runs. Please help us in this effort, by sending the  Commission chair Mary Wahl a message.