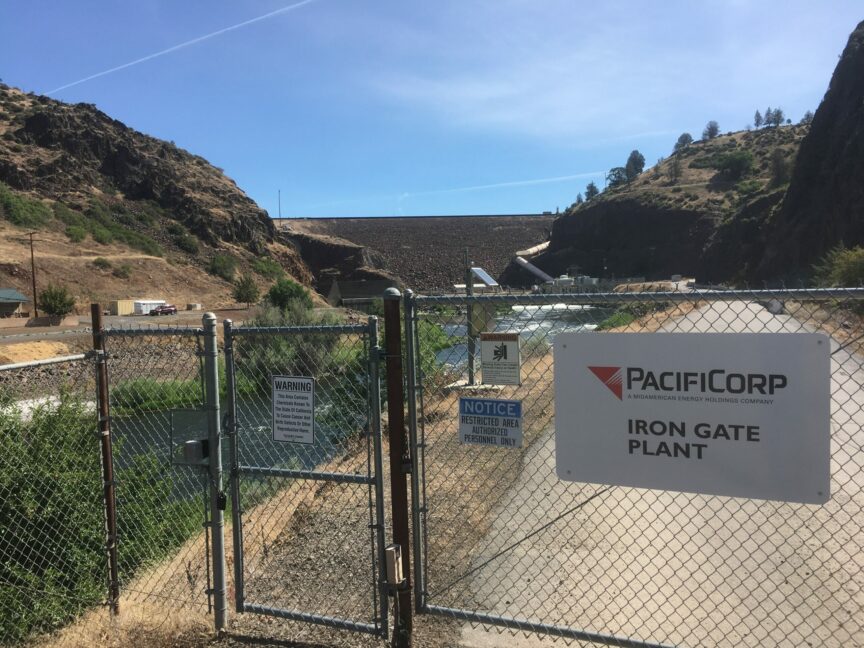 Late last month, the Federal Energy Regulatory Commission (FERC) approved the partial transfer of ownership of four dams on the Klamath River from the utility PacifiCorp to the Klamath River Renewal Corporation (KRRC).

The purpose of this transfer is to enable the KRRC to decommission and remove these dams, beginning in 2021.

FERCs decision marks a milestone in the long campaign to restore the Klamath River and its salmon and steelhead runs. The four lower Klamath dams block access to nearly 400 miles of historic spawning and rearing habitat in the upper watershed, provide no water supply for agriculture, no drinking water and little flood control, and are a primary factor in the proliferation of harmful algae and fish-killing pathogens in the lower river basin each summer.

“Dam removal is the essential first step toward restoring safe and clean water, strong runs of salmon and steelhead, and healthy communities in the Klamath,” said Chrysten Lambert, Oregon Director of Trout Unlimited.  “We remain committed to working with PacifiCorp and our agricultural, tribal, and conservation partners to reconnect the economies, cultures, and ecosystems of the upper and lower Klamath Basins.”

The dam license-transfer-and-removal plan is the centerpiece of a 2016 negotiated agreement, the revised Klamath Hydroelectric Settlement Agreement (KHSA), between PacifiCorp, the KRRC, and other signatories including Trout Unlimited. This agreement would allow PacifiCorp to transfer the dams and $200 million to the KRRC and then make a clean break from the project. While FERC’s conditional approval today requires PacifiCorp to remain involved as a co-licensee, it also outlines a clear path towards dam removal.

The FERC order acknowledged there is a significant likelihood KRRC will complete the dam removal process without relying on PacifiCorp for additional funding or expertise, as envisioned in the KHSA.

The FERC order comes as the Klamath Basin reckons with an extremely poor water year and the backdrop of increasingly poor salmon returns. Declining fish populations have led to water curtailments to the Klamath Irrigation Project, located above the dams. Meanwhile, downstream Tribes have curtailed or cancelled fish harvests for the first time in millennia.

Removing the four Klamath dams will increase salmon and steelhead abundance, diversity and resiliency are the key to ending the chronic struggle over water that has plagued the basin. For more information on the Klamath River dams, go to http://www.klamathrenewal.org/. To read today’s press release from TU and our Klamath Coalition partners on the FERC decision, go here.