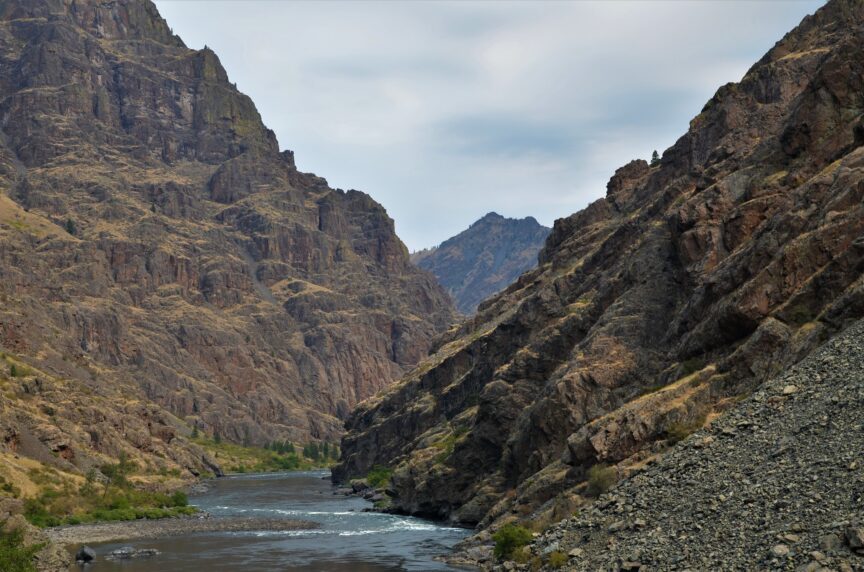 These past few weeks marked an important milestone in the campaign to bring abundant and harvestable populations of salmon and steelhead back to the Snake River. While disappointing, the release of the Final Environmental Impact Statement (FEIS) and 2020 Biological Opinion (BiOP) for Columbia-Snake River Basin endangered salmon and federal dam operations was expected. But today’s four state agreement between the Governor’s of Idaho, Oregon, Washington, and Montana to collectively work toward recovery of abundant steelhead and salmon populations was a breath of fresh air.

While this outcome is unfortunate, the FEIS did helpfully acknowledge a few critical points. First, that dam breaching presents the highest benefits to salmon and steelhead. Second, additional actions are needed to recover salmonids beyond those included in the preferred alternative. Finally, and importantly, the FEIS acknowledges the necessity of a regional forum that is truly focused on rebuilding salmon and steelhead runs. Through the FEIS, the Action Agencies confirmed that the Record of Decision is not the end of the conversation and that political leadership by the region’s governors and congressional delegation is necessary to craft a solution that will rebuild salmon and steelhead populations.

Luckily, the region’s governors agree and their formal commitment to develop this solution is among the most important milestones secured for the LSRD campaign. The agreement released today by the Governors of Oregon, Washington, Idaho and Montana establishes the importance of a regional dialogue focused on rebuilding Columbia River salmon and steelhead stocks while addressing the needs of other stakeholders and communities and commits resources to making it happen.

Importantly, it calls out the need for “actions and investments” that will recover harvestable populations of salmon and steelhead and indicates that the quantitative and qualitative fish recovery goals developed by the Columbia Basin Partnership will drive the discussion. One of the first items up for consideration will almost certainly include LSRD removal, the action the FEIS indicated would have the highest benefits for Snake River salmon and steelhead.

Such an outcome would track with Oregon Governor Kate Brown’s previous statement that the “most certain and robust solution to Snake River salmon and steelhead recovery” is LSRD removal. Gov. Brown’s steadfast leadership in speaking up for what makes science and economic sense is appreciated and it’s encouraging that collectively the region’s leaders are stepping up on the Columbia-Snake.

The good news is robust populations of salmon and steelhead are attainable in our lifetimes. It will take courage, creativity and perseverance from our region’s leaders, and the rest of us, but also a sense of urgency.

Wild Steelheaders United is optimistic that this agreement will lead to the swift development of a comprehensive regional solution that meets the needs of all tribes and stakeholders, and puts our salmon and steelhead populations on the path to recovery.

Learn more about our Lower Snake River campaign and take action to recover our imperiled steelhead and salmon.