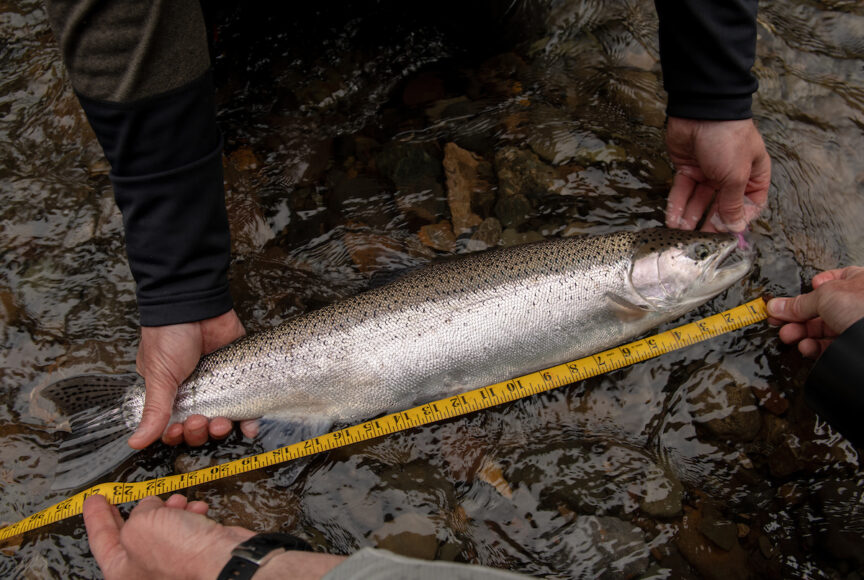 In Southeast Alaska, there are over 5,000 anadromous watersheds. Of that, only 322 are recognized as supporting annual runs of steelhead. The “officially recognized” part is key, as this means inclusion in the ADF&G Anadromous Waters Catalog (AWC). But we believe the real number is probably twice that, meaning hundreds of streams don’t receive the conservation measures they deserve.

​If a species isn’t included in the AWC for a particular water body, there are no protections afforded that species, and therein lies the issue: to conserve steelhead and their habitat in a water body not listed as supporting them in the AWC, proof of their existence needed to be carefully and accurately documented.

Join us next week on Thursday, October 22 for the premier of our new film, Anadromous Waters, and learn more about what Wild Steelheaders United is doing to help conserve these critical Alaskan steelhead populations.