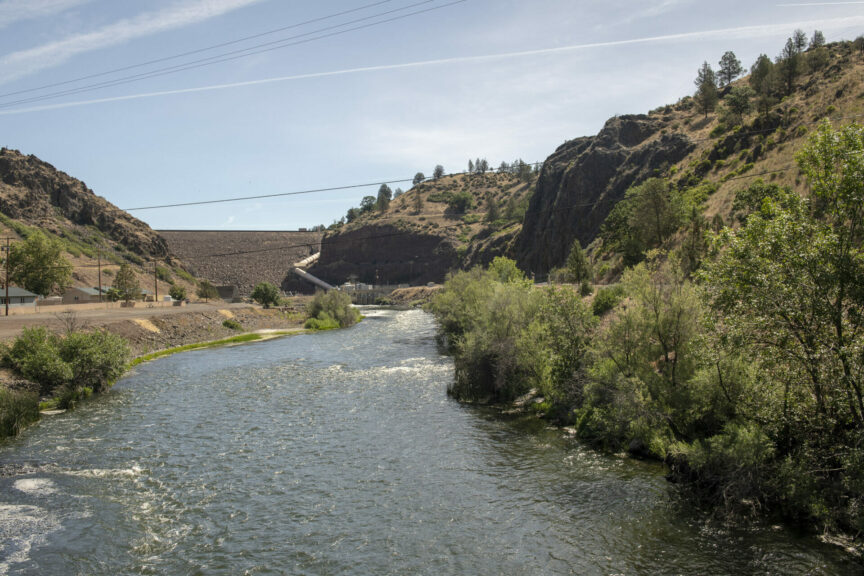 The Klamath River system historically has been the third most productive for wild salmon and steelhead on the West Coast.

But its legendary salmon and steelhead runs are teetering on the brink of collapse.

There is real hope for restoring the Klamath and its fisheries, however. That’s because a multi-decade effort to remove the four dams of the Lower Klamath Project—in which Trout Unlimited has played a major role—is now close to the finish line.

You can help get us there by telling the Federal Energy Regulatory Commission that you support the preferred alternative of the Draft Environmental Impact Statement (DEIS) on proposed decommissioning of the Lower Klamath Project. But you must do it by April 18.

Here are four reasons why removing the four dams is in the public interest:

You can support Klamath River restoration by submitting written comments by April 18. Submit brief comments, without prior registration, using the eComment system.

Here’s how to do it:

Compose your comments in your favorite word processing application (they must be less than 6,000 characters long, or about 2 pages). To help get you started, here is a sample comment you may wish to draw from:

I respectfully submit these comments on the Draft Environmental Impact Statement for Hydropower License Surrender and Decommissioning for the Lower Klamath Project (DEIS), which FERC issued on February 25, 2022. I strongly support the conclusions of this thorough analysis, which considered a reasonable range of alternative actions. The DEIS found that surrender of the operating license for the Project for the purpose of removing its four dams is consistent with the public interest and, with certain minor modifications recommended by FERC staff, is the preferred alternative. Removing obsolete or unwanted dams is the single most effective action we can take to stem the decline of West Coast salmon and steelhead populations, and there is no time to lose in doing this. I urge you to finalize the EIS as soon as possible and work with the Klamath River Renewal Corporation, the States of California and Oregon, and other signatories to the Klamath Hydroelectric Settlement Agreement to issue the license surrender order so that the project can begin later this year.

Check your inbox for an email from FERC. Click the link in that email to go back to FERC. Now you can add the project number you are commenting on. The Klamath Dam removal project has two numbers: P-14803-001 and P-2082-063. Enter these one at a time into the appropriate “search” field. Tell it to search. When it presents the project number, click it to add to your comment. Then copy-and-paste your comments in the comment field.

The first page of any filing should include docket numbers P-14803-001 and P-2082-063. And you must include your name and contact information at the end of your comments.

Important points you can make:

Thank you for your support of TU’s Klamath River restoration campaign. For more information, go here.