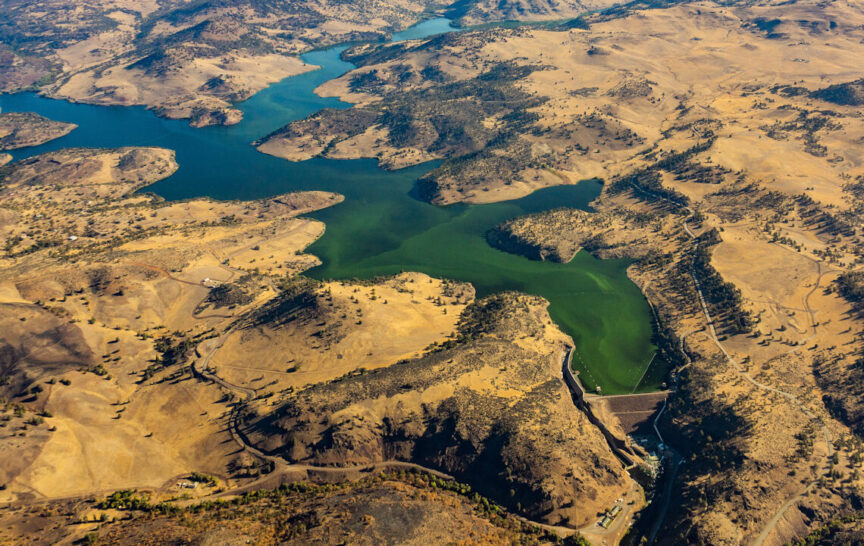 The decades-long campaign Trout Unlimited and our Tribal and conservation partners have waged to restore the third most productive river for salmon and steelhead on the West Coast has taken a dramatic leap forward.

With this order now in place, the Klamath River Renewal Corporation (KRRC) — the non-profit entity created to oversee Klamath River dam removal and related restoration activities — and the States of Oregon and California will accept transfer of the Lower Klamath Project License from the energy company PacifiCorp and start the dam removal process.

Bringing a river back to life is never simple or easy. For the Klamath River, it’s been a long, hard road, filled with painful setbacks and critical breakthroughs. Today, the broad coalition of Tribal leaders, commercial fishermen, and conservationists who have spent years working tirelessly to make this moment possible are celebrating one of the biggest highlights of the process so far.

Dam Removal is the Key to Restoring the Klamath River

Trout Unlimited has been working for more than twenty years to restore the Klamath River watershed and its fisheries in ways that bolster local cultures, economies, and communities. Removing the four dams has always been the key to – and crux of — this effort.

Klamath dam removal is the cornerstone of the largest river restoration effort in human history.

TU staff, including Brian J. Johnson, director of TU’s California Program, along with his predecessor Chuck Bonham, were key negotiators of the Klamath River settlements and agreements for the past two decades. Johnson and Bonham, now Director of the California Department of Fish and Wildlife (CDFW), were also among the architects of the amended settlement and creation of KRRC. Currently, Johnson serves as president of the KRRC board.

“Our goal of reconnecting and restoring one of the most important river systems in North America for salmon and steelhead is now within reach. TU is gratified by our progress to date, and humbled by the unflagging commitment of our Tribal, government, and conservation partners to this shared ambition,” Johnson said. “The license surrender order marks a profound turning point for the health of the entire Klamath watershed.”

Upstream of the Lower Klamath Project dams, TU staff continue to lead work and partnerships to restore habitat and water quality and to establish new water-sharing agreements in anticipation of salmon and steelhead returning to the upper basin.

Chrysten Rivard, director of TU’s Oregon Program explains, “TU will not rest until the Klamath dams are gone, the Klamath watershed is restored to good ecological health and function, native salmon and steelhead once again spawn and rear in the Klamath headwaters, and the cultures and communities of the Klamath Basin are vibrant and have improved water security for all their needs.”

A few years ago, as negotiations and legal efforts supporting dam removal on the Klamath continued to grind through the complex regulatory process, Johnson and Rivard did an extensive interview describing TU’s holistic vision for reconnecting and restoring the Klamath and its fisheries and our deep commitment to collaboration benefitting all stakeholders in the basin. As the impact of today’s announcement settles in, now is a great time to revisit their conversation around the standards guiding TU’s work throughout the watershed.

Read “After Dam Removal, What the Klamath Basin Needs Next” at Water Deeply.

What’s Next for Dam Removal

Dam removal planning and preliminary engineering work has been underway for years. Physical work onsite at the hydropower facilities will begin in 2023. The deconstruction of all four dams should be completed in 2024.

In the coming months, we expect PacifiCorp to transfer the license, lands, and facilities comprising the Lower Klamath River Hydroelectric Project to the KRRC. In early 2023, KRRC will begin onsite preparatory work and construction. Access roads and bridges must be built, along with work at the dams to allow draining of the reservoirs ahead of dam removal itself. In the summer, Copco No. 2, the smallest of the four, will be the first dam to be removed. The following year, the three remaining dams — JC Boyle, Copco No. 1, and Iron Gate — will be removed simultaneously, freeing the lower river. Following dam removal, KRRC will oversee extensive restoration and revegetation work at each dam site.

In the meantime, TU and our partners will continue our restoration work in the upper basin and hydro reach.

Soon, at some moment in the near future, as the dust settles on the former dam sites and the demolition equipment is moved away, salmon will return to the Klamath River during their annual spawning migration. The water will be flowing freely through the former impoundments. For the first time in more than a century, the fish will find their path to the basin’s headwaters reconnected.