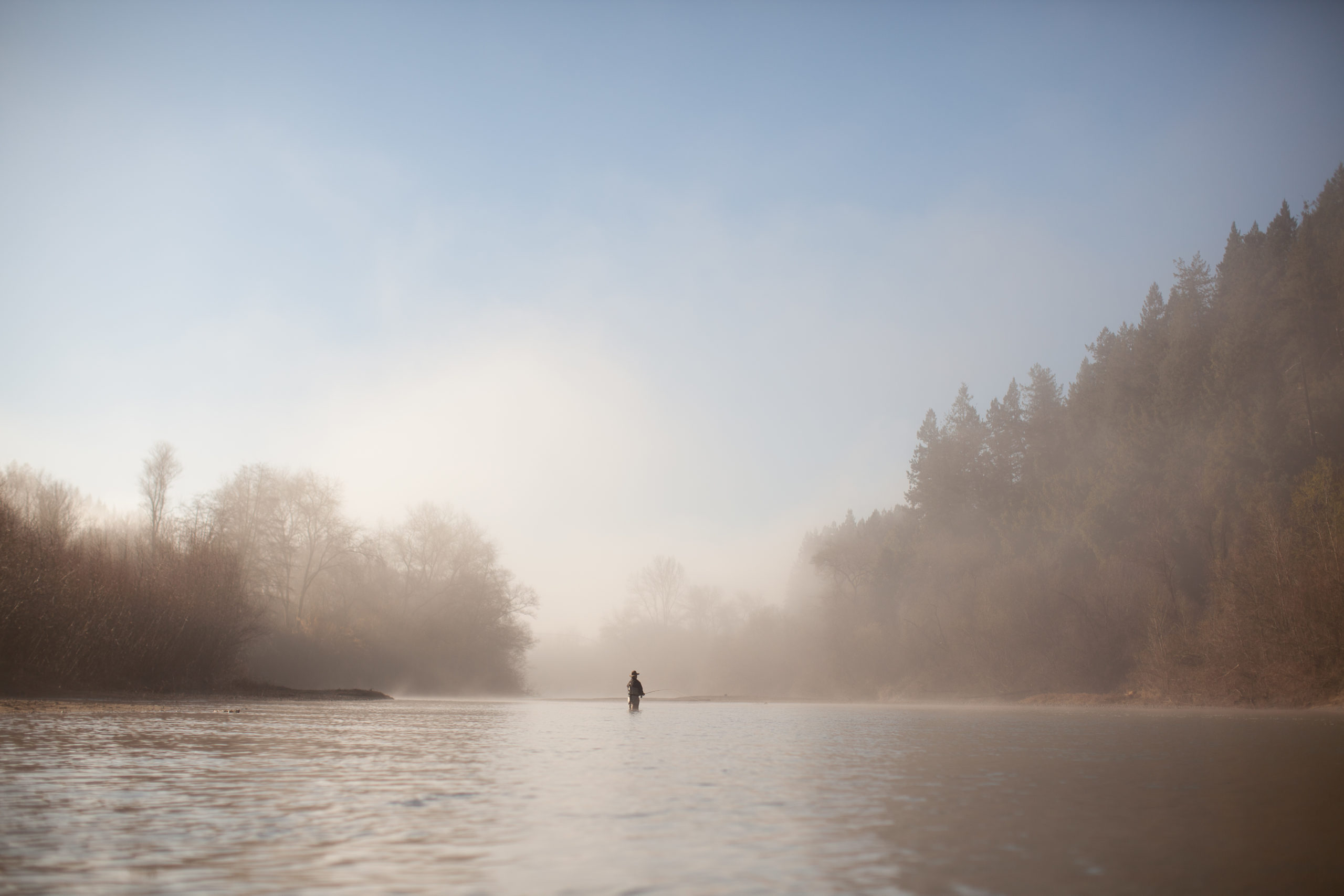 Renowned landscape painter, writer and fly fisherman Russell Chatham passed away on November 10 at the age of 80.

I never knew Chatham, but his book The Anglers Coast and the film Rivers of a Lost Coast – in which he is a main character – are gospel to northern California fly anglers. He was our prophet, spreading the notoriously secretive steelheader’s code to anyone willing to pick up his book. Chatham taught us it was okay to be obsessive and compulsive, to sleep in cars, wake up too early and go to bed too late—all in search of a tug on the end of a line.

He also introduced us to legendary characters such as Bill Shaadt, nothing short of a fly-fishing monk that dedicated his life to chasing fish—Shaadt’s influence on the steelhead fly fishing culture was such that today, to be a steelheader in northern California is to place yourself somewhere on a scale of zero to Schaadt in how fanatically you are devoted to the sport.

But despite the big fish stories, I’ve always thought there was a darkness in the mood of Rivers of a Lost Coast. Chatham and others in the film had a deep sense of loss about the decline of our steelhead and salmon fisheries. The loss of Chatham’s friend and fishing mentor Bill Shaadt was an allegory for the once great salmon and steelhead runs up and down the northern California coast.

Chatham’s works give those of us too young to have been there a window into that remarkable period of angling history. Now, as we lose one of that generation’s greatest storytellers, we lose a bit of the rivers themselves. But the influence of Chatham and other anglers who pioneered the use of fly tackle for steelhead in America, especially their commitment to conservation, remains strong and is a driving force behind the work we at Wild Steelheaders United do.

Our steelhead rivers weren’t in perfect shape in the 60s and 70s, and they won’t be in the future, but these fish are tough and resilient and if we give them half a chance I think we can make Russell Chatham proud.

Charlie Schneider is the president of the Redwood Empire of Trout Unlimited and a grassroots ambassador for Wild Steelheaders United.  He lives in Petaluma with his wife and two sons.