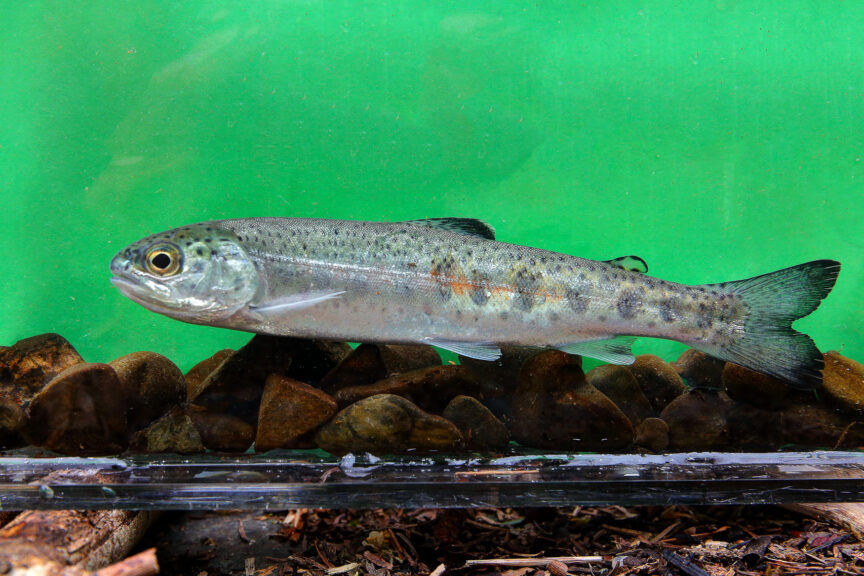 Another week of steelhead science!

Have you ever wondered how salmon and steelhead navigate in the big blue? It’s not like there is a road map, or a GPS – or is there?

Many animals use the Earth’s magnetic field to orient and navigate their movements and research on salmon indicates they are also using magnetic cues to find their path in the ocean. For salmon however, the exact mechanisms are still largely unknown, which is why this week’s study is so interesting.

The author’s conducted an experiment to better understand this question. They subjected juvenile Chinook salmon to a brief but strong magnetic pulse that reversed the polarity of magnetic particles. Because salmon are believed to use the magnetic field as a “map,” a reversal in polarity should affect the fish’s ability to navigate. They also used a control group of salmon that were not exposed to the magnetic pulse, and then compared how the two groups of fish behaved when the magnetic field was unaltered and after they received a pulse.

Here is what they found.

In the unaltered field, which represents the normal magnetic field, there was no difference in the orientation of the pulsed or un-pulsed groups of juvenile Chinook salmon.

However, the two groups of fish behaved very differently after the magnetic map was reversed. In that situation, the un-pulsed control fish were oriented randomly in nearly all directions, because they were essentially lost with the new map. In contrast, the pulsed fish responded by orienting in the same direction, indicating that reversed polarity did influence the salmon’s internal magnetic map.

The authors suggest the difference in behavior could be influenced by magnetite, which was altered by the magnetic pulse. Magnetite is one of the main iron ores and because it is attracted to a magnet, it could help explain why reversing the polarity changed the orientation of the fish.

Regardless of the exact mechanism, this study highlights the potential complexity underlying the navigation abilities of salmonids in the open ocean. Of course, once salmon reach nearshore areas they begin to increasingly rely on differences in chemical “scents” that are provided by freshwater inputs like rivers. They then home into those scents to find their natal river.

In this context, the magnetic field provides a map for the fish to follow in the open ocean, but as they get closer to home, they rely more on smell to pinpoint exactly which river they want to return to.It will be interesting to see what happens in the coming decades with this type of work, because the earth’s north pole is rapidly shifting towards Siberia. It is unknown how the changing location of the north pole could influence the navigation of salmon, but research like we reviewed today should help illuminate how the salmon will respond.