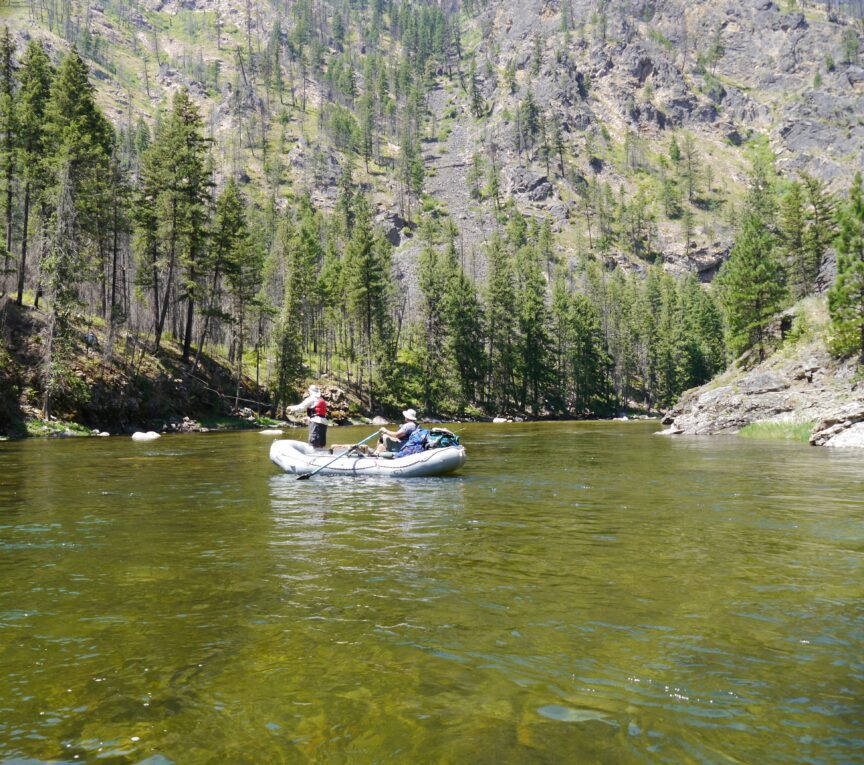 When it comes to the Lower 48, it’s undeniable. The Snake River basin is the last best place to restore salmon and steelhead.

And that isn’t just bias coming from an Idaho guy who loves and cherishes the wild landscapes and waters of the Gem State.

The Snake River basin was once the preeminent producer of summer steelhead to the mouth of the Columbia River, contributing 55% of all returning summer run steelhead. But it delivers only a fraction of that production today.

The completion of Lower Granite Dam in 1975, finalizing the damming of the lower Snake River and creating 140 miles of reservoirs, was the final blow to Snake River wild steelhead. They were listed as Threatened under the Endangered Species Act in 1997 and remain in that status today despite 40 years and $16 billion worth of scientific study and alterations to the hydropower system.

But all is not lost.

It shouldn’t be any surprise that A-run summer steelhead, having made only one migration to the marine environment and back, are smaller than their B-run brethren. B-run steelhead, specifically those found in the Clearwater River, are what most anglers are familiar with due to their legendary size. The Idaho State record steelhead, caught in 1973, measured in at 44”, 30 lb.

While summer runs numbers in the Snake River today are perilously close to the tipping point, the good news is that the Snake Basin has the key ingredients for recovery of wild steelhead—largely because 62% of Idaho’s historic spawning and rearing habitat for steelhead remains intact.

It’s no mistake that habitat is still healthy. In 1964, the Selway-Bitterroot Wilderness was designated, protecting 1 million acres and conserving the Selway River drainage along with its steelhead habitat. The same can be said about the 1980 designation of the Frank Church River of No Return Wilderness and the Middle Fork Salmon River drainage.

It is these land protections that give us hope for the Snake River basin and the sheer volume of steelhead production it once represented. With much of the Snake River basin protected by the Wilderness Act, Wild and Scenic River designations, or the Idaho Roadless Rule, approximately 50% of Idaho’s salmon and steelhead streams are conserved from development and other uses that typically degrade coldwater habitats.

In fact, it is estimated that by 2080 many of Idaho’s steelhead streams will comprise 65% of the available coldwater habitat in the Lower 48.

Additionally, in the early 80s Idaho recognized the need to preserve the genetic diversity and integrity of wild steelhead, and established wild steelhead management areas. These include portions of the drainages mentioned above but also include Lolo Creek, Lochsa River, Valley Creek, Rapid River and the South Fork Salmon River. These waters were closed to fishing and stocking and remain off-limits to anglers—and to hatchery fish.

You could say that the Snake River basin is the perfect honeymoon suite for wild steelhead, and, when steelhead can once again enter and depart that suite freely and safely, will provide a great environment for raising a family.

Wild steelhead are an icon of the Pacific Northwest and are important to Idaho’s history, culture, communities and economy. The Snake River basin provides the best prospects for recovery of wild steelhead in the Lower 48. And science has clearly and consistently shown us the way to achieve that recovery: take out the four Lower Snake dams.