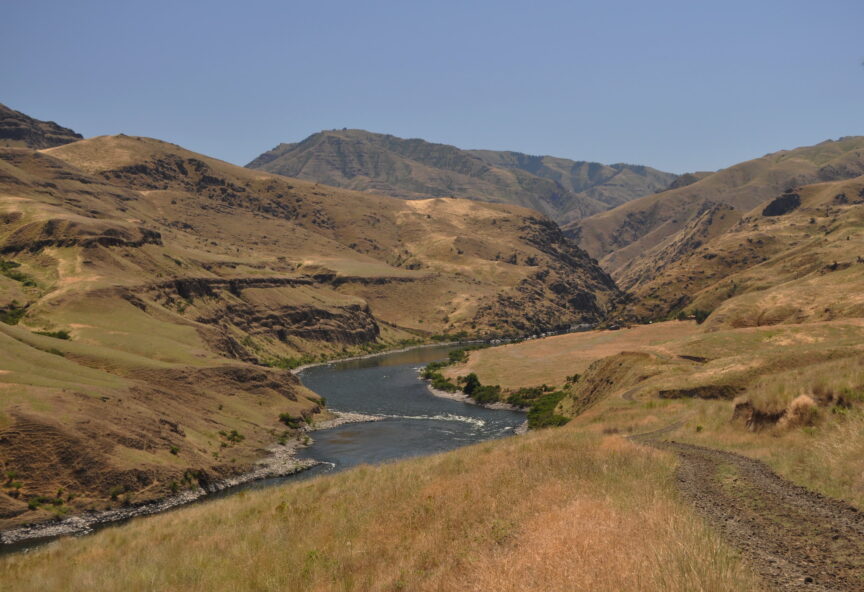 These remarks were delivered on Thursday, May 13, at the 2021 Environmental Conference at the Andrus Center for Public Policy at Boise State University by Chris Wood, the President and CEO of Trout Unlimited.

I want to begin my remarks today by talking about SARs—not the viral respiratory disease, but the percentage of juvenile salmon or smolts that survive the ocean, and their trek through the dams, and return to spawn. Experts call this the “smolt to adult return ratio.”

Scientists tell us that to rebuild healthy and harvestable salmon and steelhead in the Snake River, we need at least four adult fish to return for every 100 smolts that migrate out to the ocean.

Salmon in the Yakima basin traverse four dams and maintain a smolt to adult ratio that is 2.7 times that of the Snake.

Salmon in the John Day basin cross three dams and maintain a smolt to adult ratio that is about 3.9 times that of the Snake.

By the time salmon in the Snake River basin cross their eighth dam, their smolt to adult ratio is less than one percent.

Lest you think this is a new trend, over the past 25 years, the Snake basin has averaged less than two returning adults for every 100 smolt. The Comparative Survival Study, conducted by biologists from Oregon and Idaho, the Fish and Wildlife Service, and various Tribes estimates that Snake River dam breaching will increase smolt to adult return ratios by four times.

But only if the fish can get there, and they cannot right now because of the four lower Snake River dams.

Since 1995, redd counts in the Middle Fork Salmon River have averaged just 3 percent of their numbers from the 1950s and ‘60s. The Middle Fork contains the most pristine salmon habitat outside of Alaska.

We are faced with a simple choice. We can do nothing. It breaks my heart to say this, but extinction is the path of least resistance for Snake River salmon and steelhead.

Sure, there will be more litigation. I am confident the conservation community will continue to prevail in court, because we are breaking the law by allowing the dams to snuff out several species. But until those four dams come out, the fish will continue to decline until they are finally gone.

We can continue our half-measures for a few more decades—more spill, more hatchery fish, reduced irrigation water, more harvest restrictions. We have all seen this movie and we know how it ends. The salmon will slip away into extinction.

Or, we can decide that we won’t be the generation that let these most magnificent of God’s creatures slip away. Congressmen Simpson and Blumenauer have offered a good faith proposal that could lead to the recovery of salmon and the revitalization of energy development and transmission, ag and irrigation, and community development in the Pacific Northwest.

The Pacific Northwest has one of the most powerful political delegations in the US Congress. Congressmen Simpson and Blumenauer have taken leadership on the issue because of their passion for salmon and steelhead.

If the people at this conference decide that we want to work together to bring these fish back by removing the four lower Snake River dams and making everyone affected by that better off—socially, economically, and culturally—our other elected leaders in the Northwest will follow their lead.