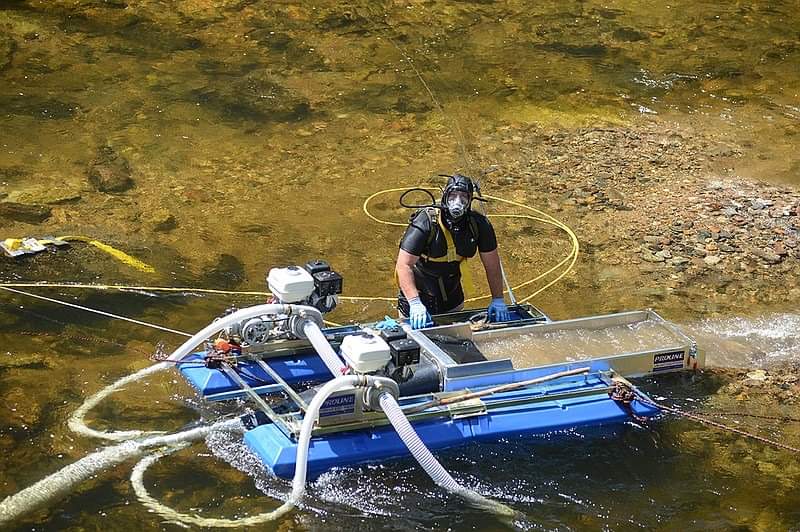 This guest post is from Kim McDonald, who is the founder of Fish Not Gold, which advocated for regulatory reform on motorized mining in Washington State. Kim is a trained forester, working with clients in the Pacific Northwest on restoration of dry land forest landscapes and riparian areas. She is a long time member of Trout Unlimited and currently is a member of the Washington State TU advocacy committee.

What began as an encounter with a suction dredge miner on a critical stream for steelhead—and witnessing the destruction of prime habitat first-hand—ended with a sense of satisfaction, having done everything we could to protect Washington’s iconic steelhead, salmon, and bull trout. It took a long time, but Washington went from having one of the worst, most lenient instream mining laws in the western U.S. to having one of the best.

Washington’s new instream mining regulations prohibit any form of motorized or gravity syphon mining in streams that are critical habitat for freshwater fish, effectively prohibiting this activity in thousands of miles of streams and rivers. Fortunately, there are now only a small number of streams in Washington open for these forms of mining, and most of them do not, according to the Department of Ecology, have freshwater fish in them.

The new regulations impose no new restrictions on non-motorized mining—miners are still able to use non-motorized methods on most of Washington’s streams and rivers.

While Trout Unlimited (TU) played a lead role in the effort to gain these new restrictions on motorized mining in Washington, we could not have passed this new law and regulations without help from dozens of partners and allies. Among these were the Snoqualmie and Yakama Tribes, local breweries, religious organizations, the League of Women Voters, the Sierra Club, and Washington Wild.

Now we must focus on enforcement. If you’re out on a stream where motorized mining is prohibited and observe someone using motorized mining equipment instream, please report to the Department of Ecology (do not confront the miner). Wild Steelheaders and TU will continue to work closely with WDFW and the Department of Ecology to ensure there are adequate resources for education and enforcement related to instream mining.

As climate change and other factors apply increasing pressure on our salmon, steelhead and trout fisheries, we must do everything possible to prevent or reduce uses of the resource that degrade water quality and habitat and diminish fishing opportunities. Thanks, again, to all of our members, supporters and partners who contributed to adoption of Washington’s new motorized mining regulations, and stay tuned to Wild Steelheaders’ website and Facebook and Instagram feeds for further updates on this issue.