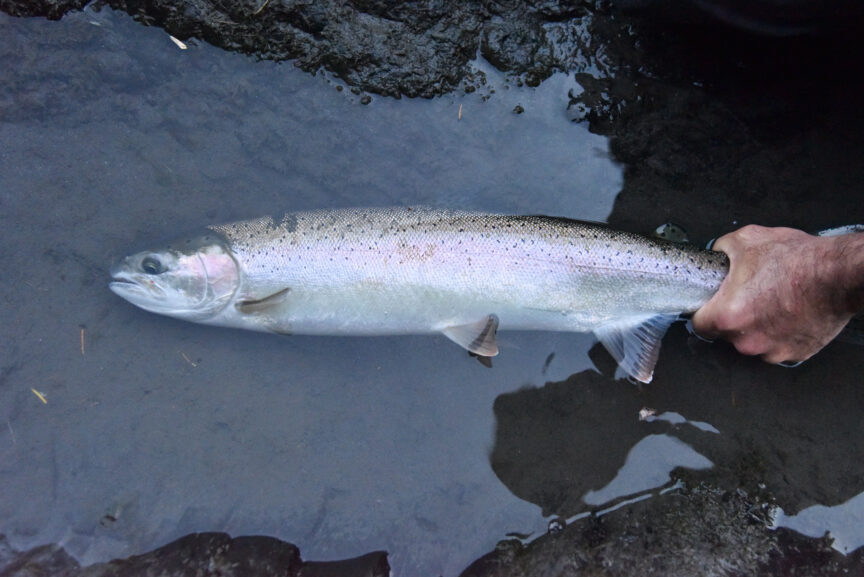 Monday the 11th marked the start of the 2021 legislative session in Olympia, with important implications for steelhead in Washington State. Washington operates on a biennial budget system, and this year — a budget year — the state must fund its state agencies and programs for the next two years.

The Covid-19 pandemic has hit Washington’s residents, economy, and state government hard. The steelhead fishing industry was hammered by the statewide fishing closures last March and April. State revenues are down, and many assistance programs are stretched thin. Fiscal forecasts toward the end of last year projected a state budget deficit in the billions of dollars, and lawmakers nervously await updated revenue projections. The pandemic has also caused logistical challenges for the state; to protect lawmakers, staff and the public, legislators decided to make 2021 the first ever virtual legislative session.

Due to these challenges this year’s legislature is expected to be very focused on the budget, with far less time that usual allocated to policy issues.

There are several important steelhead-related budget issues in play this year. The Washington Department of Fish and Wildlife, like all state agencies, faces potential budget cuts, and has requested funding for some elements of the Quicksilver Portfolio to restore Puget Sound steelhead and fisheries (Wild Steelheaders United strongly supports this program). We are hopeful this will expand to include funding for future Skagit River fisheries.

Beyond funding for crucial WDFW steelhead programs, we are asking for continued funding for habitat restoration projects in critical areas for steelhead such as the Chehalis Basin and the Washington coast. In addition, we are calling for the full funding for removal of fish passage barriers owned by the state, as ordered by the U.S. Supreme Court.

Steelhead have been a hot topic in the legislature’s natural resource committees. The Senate held a pre-season work session on the proposed reintroduction of commercial gillnetting into the mainstem of the Columbia by the WDFW Commission. WSU’s Jonathan Stumpf testified in this hearing in opposition to the proposal. The controversial decision to revise coastal steelhead regulations in Region 6 (the coastal rivers) is also being reviewed by the legislature — the Senate Agriculture, Water, Natural Resources & Parks Committee held a work session to learn more about the issues on Tuesday, January 12, and a similar work session is on the agenda in the House on Friday, January 15.

Despite the pressing challenges of this unprecedented time, we are optimistic that together the community of wild steelhead advocates in Washington we will be able to protect the state programs that matter most to our fish, and to anglers.

We’ll keep you informed by email and through our social media channels of opportunities for you to support specific programs, budget requests and steelhead conservation initiatives as this legislative session progresses. Sign the Wild Steelheaders credo (if you haven’t done so already) to make sure we have your valid email address.