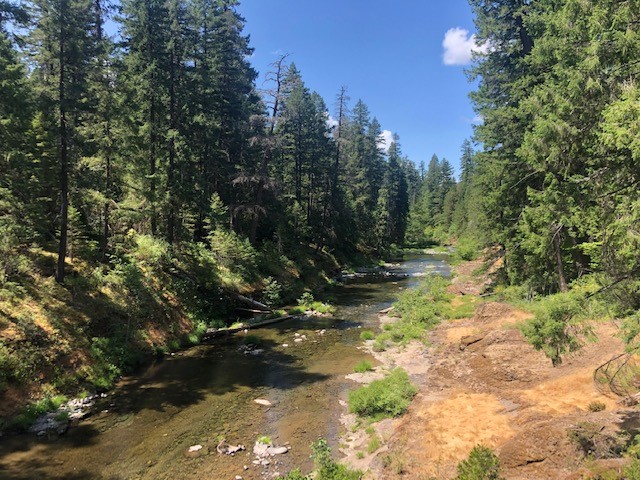 Yesterday, the Federal Energy Regulatory Commission voted 2-1 to approve the highly controversial Jordan Cove Energy Project.  The project would include an export terminal in Coos Bay, OR and a 230-mile-long pipeline from Malin, OR to the export facility on the southern Oregon coast. The pipeline’s route will cross a number of iconic salmon and steelhead watersheds, including the Coquille, Rogue, South Umpqua, and Klamath rivers, using potentially disastrous methods of subsurface drilling and dynamiting in sensitive areas.

Soon after the FERC decision, which occurred in the midst of a public health crisis and prior to approval of several critical state-issued permits for the project, Oregon’s senior Senator Ron Wyden and Governor Kate Brown issued stern condemnations of the approval process.  Senator Wyden’s release, available here, reads in part;

Today, a stacked and incomplete FERC approved the controversial and complicated Jordan Cove project. There was no rush. A balanced and full FERC should have made the decision.

If that’s not bad enough, the Commission has decided to disregard local private property rights and environmental concerns identified by Oregonians. Both shortcomings and additional ones have been documented in the strong objections to the Jordan Cove project by three Oregon state regulatory agencies. All this adds up to a clearly rigged process designed to advance Trump-McConnell corporate interests over Oregonians.

All these violations are contrary to everything the Oregon Way stands for – fairness, transparency and accountability. I now have to oppose this project.

In her statement, Governor Brown criticized the timing and process of the decision;

Given a national and state emergency, in which the federal government and its agencies are unable to fulfill their basic responsibility to keep citizens safe, it is stunning that the FERC moved forward on this decision today, approving the Jordan Cove project and Pacific Connector Gas Pipeline.

Trout Unlimited and Wild Steelheaders United applaud Senator Wyden and Governor Brown for taking strong stances on the FERC decision.  We agree with Senator Wyden that this decision was unfair, opaque, and lacked accountability. The project flies in the face of the values held by Oregonians who cherish the clean water, recreational opportunity, and culturally significant runs of salmon and steelhead that inhabit the watersheds impacted by the Jordan Cove proposal.

From here, the FERC order commences a 30-day window where interested parties can file a petition for a rehearing of the decision.  A strong coalition of conservation groups and landowners including Western Environmental Law Center, Rogue Riverkeeper, Rogue Climate, Trout Unlimited, and many others will continue to oppose the Jordan Cove and the harm it would inflict on local citizens, fish, and wildlife.