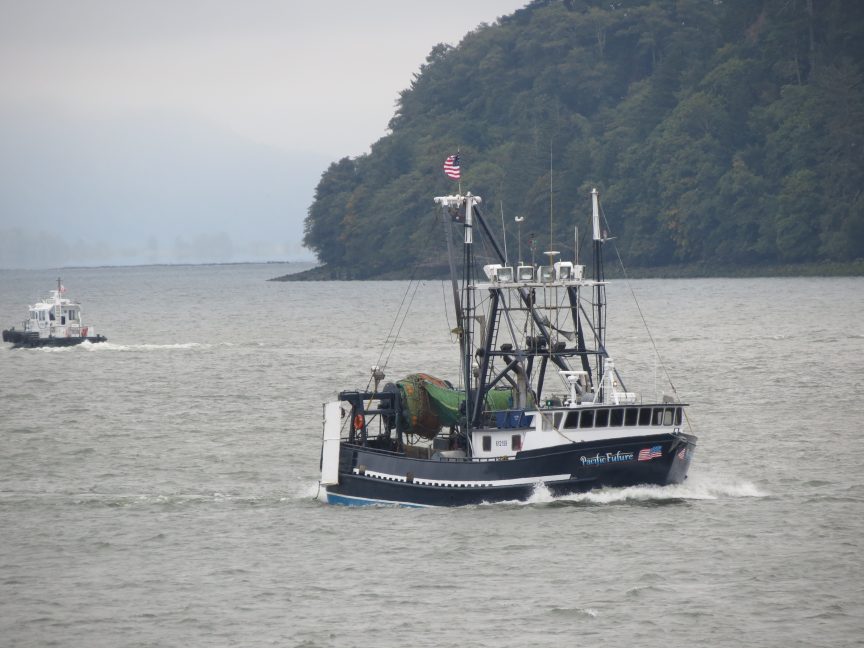 Washington’s Governor Jay Inslee took two actions over the past week that represent steps backward in steelhead and salmon conservation.

First, Gov. Inslee declared the State of Washington would not support the proposal from Idaho Rep. Mike Simpson that would remove the four dams on the lower Snake River. Inslee said that further negotiations were required on this issue. Meanwhile, we continue to spend billions in mitigation efforts related to the impact of these dams on salmon and steelhead — and their populations in the Columbia River system continue to dwindle.

Governor Inslee followed that with an exercise of his line-item veto authority on the state’s operating budget to veto a proviso critical to the protection of ESA-listed Columbia River salmon and steelhead. This language relates to the practice of commercial, non-tribal gillnetting in the mainstem Columbia, which has not occurred since 2016.

The Washington Fish and Wildlife Commission changed course last September and allowed the reintroduction of commercial, non-tribal gillnetting to the mainstem by a 5-4 vote despite the strong objections of Trout Unlimited (TU), other conservation groups, and many Washington state legislators. Washington Council of Trout Unlimited (WCTU), Wild Steelheaders United and TU partnered with other conservation, sportfishing, and fish advocacy groups to petition the legislature to include language in the Washington Department of Fish and Wildlife’s (WDFW) budget request for a voluntary gillnet buyback program, which would reverse this policy change. We also submitted a formal request to Gov. Inslee for support of this proviso, which restricts non-tribal commercial gillnetting to Zones 4 and 5 on the Columbia River.

Restoring gillnets to the mainstem Columbia is a major step backward in the effort to rebuild depleted stocks of salmon and steelhead and is inconsistent with the recovery plans for the numerous distinct populations of wild salmonids listed under the ESA, including summer steelhead. Given the lack of good science related to gillnet release mortality impacts on by-catch — including sub-lethal effects — particularly to wild summer steelhead, the governor’s veto will only perpetuate the downward trend of ESA-listed steelhead and salmon in the Columbia River. These concerns were shared with the FWC in July 2020 and TU also participated in a state senate work session with Coastal Conservation Association Washington (CCA WA) discussing the Columbia River management policy.

The Governor in his veto statement cited the issue of concurrence with the State of Oregon, which jointly manages the Columbia River with Washington, as his main reason for vetoing the gillnetting provision. Yet the FWC’s decision last September to reintroduce mainstem Columbia gillnetting also put Washington at odds with Oregon fishery management policy. Since last fall, the Washington FWC has held several discussions with its counterpart in Oregon, which has expressed significant concerns about the conservation impacts on salmon and steelhead of Washington’s reversal on gillnetting.

Fish and Wildlife Commissioners in Washington are not elected and are instead appointed by the Governor. Thus, budget language deliberated and offered by elected lawmakers is one of the few ways of providing some oversight of Commission decision making.

Despite the setback of the Inslee veto, Wild Steelheaders United, TU, and WCTU pledged to continue to work collaboratively with Washington resource agencies, elected officials, and other stakeholders to refine Columbia River salmon and steelhead fishery management policy, including a prohibition of commercial, non-tribal gillnetting in favor of more selective and sustainable forms of commercial take until populations rebound sufficiently to allow this type of harvest.

UPDATE: On May 24, the coalition of sportfishing and conservation organizations sent a letter to state legislators in response to Governor Inslee’s veto last week.

Read more about Governor Inslee’s veto of the gillnet buyback program, including statements from our partners over on Northwest Sportsman.