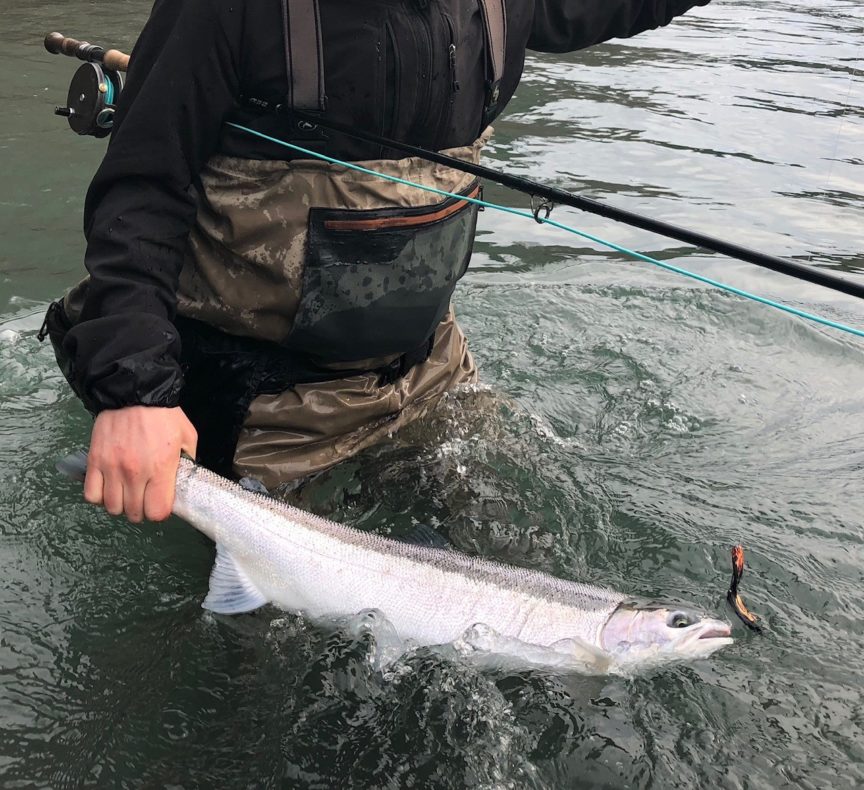 The Southwest Zone of Oregon is the regional outlier. There, anglers are still allowed to harvest one wild winter steelhead per day (up to three per year). This zone includes the iconic steelhead fisheries of the Chetco and Rogue, as well as smaller coastal streams.

Last month, the Oregon Fish and Wildlife Commission’s public forum was flooded with 30 or so fishing guides, outfitters, anglers, and conservationists who support a petition for an emergency closure of wild winter steelhead harvest in the Southwest Zone. Trout Unlimited’s Oregon Field Coordinator, Kyle Smith, provided testimony on behalf of TU and Wild Steelheaders United, in favor of the petition.

(You can view the meeting on ODFW’s YouTube channel (https://www.youtube.com/watch?v=SLPigFaJYHI). The public forum portion starts at the 01:35:00 mark and TU’s testimony is at 02:04:00.)

This Friday, January 17th, the Commission will meet once again in Salem, and the petition to enact an emergency rule halting wild steelhead harvest in the Southwest Zone is on the agenda.  ODFW staff is recommending the petition be denied, and you can read their summary here. Anglers on both sides of the issue will be in attendance, and Wild Steelheaders United will once again provide testimony in favor of the petition.

We believe steelhead fisheries management should be grounded in good science. That is the lens through which we evaluate management of wild winter steelhead in Southwest Oregon.

To be clear, WSU is not ethically opposed to the concept of harvesting wild steelhead, but we do believe such fisheries would require a very high bar considering the status of wild stocks today.  If we can recover wild steelhead to sufficient levels of abundance and diversity that they could – based on solid science – support harvest, then that option should be on the table.  However, at this time, there simply isn’t enough information to evaluate or justify harvest fisheries of wild steelhead in Southwest Oregon rivers.

As recently as 1999, the Distinct Population Segment (DPS) of steelhead that includes Southwest Oregon — known as the Klamath Mountain Province DPS — were considered for listing under the federal Endangered Species Act.  ODFW’s website states;

A National Marine Fisheries Service status review concluded that KMP steelhead were threatened with extinction. In contrast, an ODFW evaluation concluded that summer steelhead (STS) populations were depressed, but the winter steelhead (STW) populations were healthy. Subsequent discussions lead to a deferral of the proposed ESA listing. Oregon agreed to terminate [winter steelhead] harvest in KMP streams (except the Rogue River Basin remained open) and to improve population assessments. Oregon also committed to development of population health goals for steelhead.

The population health goals developed as part of the status review of KMP steelhead were partially completed by ODFW, but these goals need to be revisited, reviewed, and probably strengthened before allowing for continued harvest of wild steelhead in the Southwest Zone.

Monitoring data for Southwest Zone winter steelhead is limited to juvenile monitoring on the Chetco and Rogue Rivers. The steep rugged terrain on the southern Oregon coast creates serious problems for survey crews looking to count redds and develop accurate spawning estimates.  Moreover, creel data has been severely limited in the past two decades. As a result, we lack population estimates for many of the smaller rivers and creeks in the Southwest Zone, there are no escapement goals for adult spawners, and there is only a rough estimate of the number of adults harvested annually.  As such, the types of information that are fundamental to successfully implementing and managing a harvest fishery, like run size, established harvest levels, escapement goals, and fishery monitoring are not available for the vast majority of wild steelhead watersheds in the Southwest Zone.

We appreciate that the Department has a limited budget and because wild steelhead are not ESA-listed in Southwest Oregon, there is less money available for monitoring.  Although we are hopeful that ODFW’s new electronic tagging system will improve harvest data, currently there isn’t enough information to gauge the potential impacts on the KMP wild populations from angler harvest.

ODFW is currently developing a South Coast Management Plan that will take a hard look at all available data and population trends for steelhead across the Southwest Zone.  We look forward to reviewing the draft of this plan, and to working with the agency to develop angling regulations that are supported by science and balance conservation with opportunity (both C&R and harvest), and wild and hatchery production. Until that time, we support a temporary moratorium on wild harvest in Oregon’s Southwest Zone.