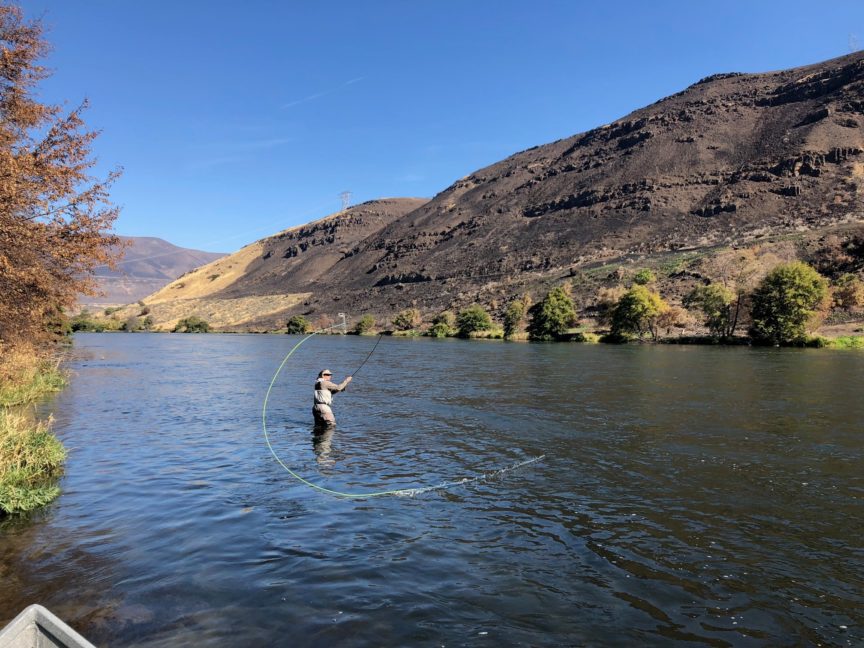 ODFW’s proposals include thermal angling sanctuaries – limited closures to all angling, in other words — during the hottest summer months, to protect endangered summer steelhead on their upstream migration. Closures would be tied to abundance forecasts, and would include the mouths of Eagle Creek, Herman Creek, and the Deschutes River. The timeframe under consideration is July 15 through September 15 each year, with additional measures potentially implemented based on in-season physical conditions — factors like reduced flows or unseasonably warm temperatures that could make conditions worse for migrating steelhead.

A recording of the ODFW presentation is available on the agency’s YouTube channel.

Wild Steelheaders United and Trout Unlimited applaud the Department for upholding their commitment to public engagement under such difficult circumstances. We also applaud the Department for taking an adaptive management approach, including modifying angling regulations as necessary to support conservation goals and legal requirements associated with listed species. If we want to have opportunities in the future to fish for Columbia River summer steelhead – including the now-endangered B-run of steelhead in the Clearwater Basin in Idaho, we must take precautions today to protect them at times and in places where they are most vulnerable.

These regulations have not yet been adopted and the Oregon Fish and Wildlife Commission needs to hear from anglers who support these proposed changes to protect endangered wild summer steelhead. You can do this by sending your comments to odfw.commission@state.or.us. We’ve provided a template script you can use for submitting comments and support below:

I support the Thermal Angling Sanctuaries (TAS) draft proposal that ODFW has submitted for your approval. Columbia River Basin summer steelhead face numerous challenges on their upstream migration to their natal spawning grounds.  Angling pressure in coldwater refuges is one obstacle that is both unsporting and unnecessarily harmful and should no longer be allowed to occur in our state.

The regulations proposed by staff are sensible, easy to understand, and uphold the agency’s commitment to protect and enhance Oregon’s fish and wildlife and their habitats for use and enjoyment by present and future generations.

When these regulations are posed to the Commission for approval, I hope you’ll join me and many other Oregonians in supporting Thermal Angling Sanctuaries on the Columbia River.