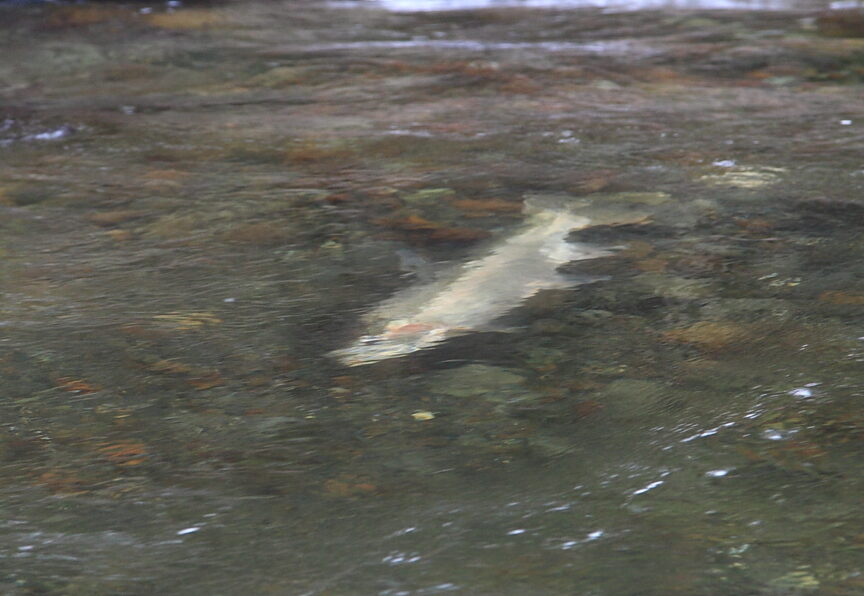 It has been a tough stretch for wild winter steelhead on the West End of Washington’s Olympic Peninsula.

From the Quinault to the Quillayute, runs of winter steelhead on “OP” rivers that have long been considered strongholds have dwindled, requiring unprecedented conservation actions by fishery co-managers (the Washington Department of Fish and Wildlife and local Tribes jointly manage the fisheries). This winter, for the first time, wild steelhead fishing seasons on the OP were greatly restricted for recreational anglers.

As you might imagine, the response from the angling community has ranged from praise to rage.

Now, several months into the season, some of these runs appear to be even weaker than forecast. That should not be a surprise; pre-season run forecasts are fraught with uncertainty. To conserve and sustain a viable fishery of any species — especially one that is ESA-listed or close to that status — it’s critical to err on the side of caution.

Given the alarmingly low returns of coastal wild winter steelhead so far this year, it was almost a foregone conclusion that WDFW would have to take additional action. Last week, the agency announced it was closing the recreational fishing season for winter steelhead in the Chehalis River basin, Humptulips, Quinault, and Clearwater Rivers and the streams draining Willapa Bay.

The WDFW lays out a logical rationale for the early closure, and describes cooperative efforts by Tribes to minimize impacts on winter steelhead. The emergency rules indicate the WDFW is serious about conserving wild steelhead. Again, Wild Steelheaders United strongly supports these necessary and decisive actions, and offers our thanks to WDFW’s James Losee, Kelly Cunningham, and Director Susewind for doing what had to be done here.

Reducing or curtailing fishing opportunities is never easy or ideal, in terms of management options. But when populations are as compromised as those of wild winter steelhead on the OP right now, our management options are limited. As we have frequently written, we as anglers must take the long view in conserving our wild steelhead stocks. We can’t pretend recreational angling isn’t having at least some impact — certainly not when every adult steelhead on some OP rivers is caught at least 1.5 times — and the “biters” many more than that — once it enters fresh water.

Perhaps the most unfortunate response to the regulation change was the finger pointing from anglers, especially at Tribes. Certainly there can be competition between co-managers for such a limited resource. But the Olympic Peninsula Tribes, with guaranteed fishery rights, are doing their part to reduce impacts on vulnerable wild steelhead stocks. Wild Steelheaders United staff work with Tribes on a number of steelhead rivers up and down the West Coast, and our goals are the same: to conserve and restore wild fish stocks in order to support sustainable harvest fisheries. Our success in restoring habitat and populations in watersheds like the Elwha and on major conservation campaigns such as removing four dams on the Klamath River would not be possible without Tribal support and collaboration.

The Tribes’ exercise of their legal fishing rights doesn’t influence recreational fishing opportunities and, in fact, our opportunities go hand-in-hand — which is why the regulations this year were so important, particularly in rivers like the Quillayute where the Tribe has taken voluntary action to reduce their impacts. This season, for example, the Quileute Tribe eliminated 18 of their fishing days on this river.

Tribes have lived on and sustained their cultures from steelhead rivers since before there was any written history. Their deep relationship with both these waters and the fish that live in them is part of the reason the Olympic Peninsula Tribes, and many others in western Washington, have been the driving force behind improving land use practices, fish migration, and habitat conditions in steelhead watersheds. A recent opinion editorial by the Quileute Tribal Council Chairman Douglas Woodruff Jr. highlights how seriously the Tribe has taken the declines in wild steelhead.

High quality habitat is and will always be the foundation for healthy stocks of salmon, trout, and char. But taking advantage of both intact and restored habitat requires managing fisheries in a way that increases the chances of adequately seeding the habitat with spawning adults. That is why we supported WDFW’s angling regulation changes on the OP this year. With wild steelhead runs so compromised, we need to dramatically reduce our angling impacts now to maximize the potential for robust runs in the future.

We share the Quileute Tribe’s concern and commend their voluntary actions to support our ailing wild steelhead runs. We too believe we need a collective, coast-wide effort to recover depleted stocks of wild winter steelhead. That can only happen if we work together. As Chairman Woodroof Jr. says in his opinion editorial, “We must come together” so that we have fish for “the next seven generations.”

We are all in this together, steelhead anglers and advocates of all stripes, creeds, and cultures. Blaming other stakeholders won’t help our wild steelhead stocks to rebuild. Cooperation and tactical short-term sacrifice, where needed, will.

Given the appallingly low wild steelhead returns so far this year, on the OP and elsewhere in the Pacific Northwest, we can be grateful that we have had any steelhead season at all this winter. But the data make it very clear: It’s time for a serious commitment to restoring wild steelhead runs. If we want to be able to fish for and harvest wild steelhead in the future, we need a sustained, collective effort. It won’t be easy. But neither is steelheading, which is, after all, a big part of the reason why we love these fish, and the magical places they call home.