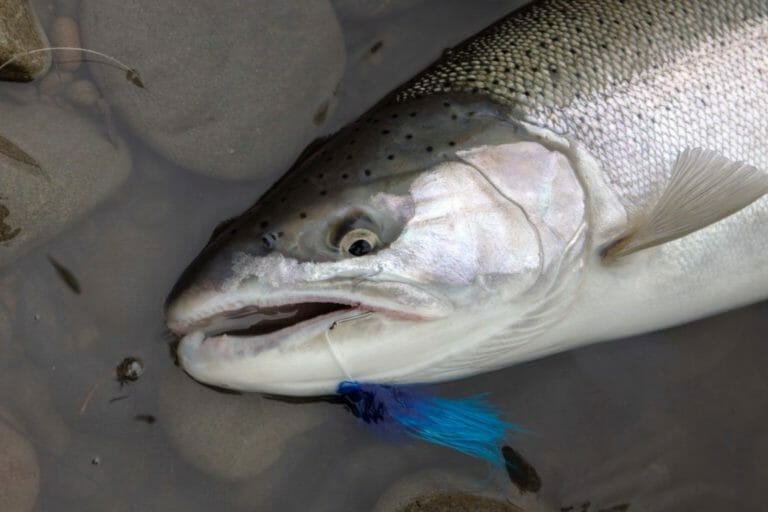 For those steelheaders that are paying attention to the abysmally low returns of summer steelhead up and down most of the West Coast — and the subsequent closures to many famed waters, including Oregon’s North Umpqua, Deschutes and John Day rivers and the entire Skeena River system in British Columbia — the past few months have been tough.

October is peak season in many of these systems and while many anglers have either hung up the rods or have made the decision to not pursue summer steelhead in rivers that are still open (the Snake River basin remains open, but with one of the lowest returns on record), many of us here in Washington wonder what’s in store for our coastal winter steelhead season.

Last year, fish managers at the Washington Department of Fish and Wildlife (WDFW) delivered the grim news, not long before the season began, that the forecast for most coastal rivers were below the forecasted escapement goals and that drastic measures were needed to reduce angler encounter rates with wild steelhead.

While managers from WDFW’s Region 6 held a town hall and some individual meetings with stakeholders, the only path forward, based on the best available science and in the time frame available, was changing winter steelhead fishing regulations on an emergency basis to prohibit fishing from boats, prohibit the use of barbed hooks and bait, and to require release of all resident rainbow trout.

Given the backlash from some in the angling community over these emergency regulations (catch up here, here, and here), this season the WDFW is giving this issue considerably more planning and lead time, which includes various updates from fish managers at the Fish and Wildlife Commission meetings and a series of four town halls.

The first town hall was held this past July and included updates about the preliminary forecasts for this upcoming season, along with the trends and goals for each of the various basins (WDFW also accepted public comment; the full recording can be seen here along with the supporting documents, papers, and resources here).

This Tuesday, October 26, WDFW will host the second town hall in this process. Managers will share detailed escapements and run sizes from the past season, along with a better sense of the impacts from the emergency regulations and their stated goal of reducing angler encounter rates by 50%. With more firm numbers in hand, managers will also discuss regulatory options for the upcoming season.

As you can see in the chart above, which includes the actual 2020/2021 escapements for each of the seven major basins on the coast, five of these seven basins fell short their escapement goal.

As we discussed here in July, we supported last season’s emergency regulations because they would likely help reduce angler encounter rates. Indeed, encounter rates with steelhead were lower last year than in previous years. That is good news.

Given the success in reducing encounter rates last season, and in ensuring the Hoh River met its escapement goal, we encourage WDFW to again err on the side of caution—especially since pre-season forecasts are fraught with uncertainty and mostly result in unsustainably large harvest and encounter rates for that season. Because if we aren’t cautious this year, and likely over the next few years, our wild steelhead populations could decline to the point where an ESA-listing must be considered — something most of us would like to avoid.

Wild Steelheaders United supports the conservation measures WDFW took last year for the winter steelhead season and until we have four to five consecutive years of good steelhead returns in Washington coastal streams, we recommend such measures be continued. But that could change depending on what we learn from fish managers in the coming weeks. The upcoming season might require stricter regulations. Or possibly closure.

Additionally, since the last town hall in July, the WDFW, in partnership with Wild Salmon Center (WSC) and Coastal Salmon Partnership (CSP), hosted a two-day Steelhead Science Symposium that included 80 participants from state and federal agencies, Washington coastal Tribes and various other organizations and academics. This was the first step toward collectively identifying critical data and science gaps within steelhead management. Next steps from this event include the creation of a formal report and development of an online data-sharing platform, the Washington Coast Steelhead Information and Research Framework (SIRF), which will be hosted by WDFW, WSC, and CSP.

At the symposium, our Director of Science, John McMillan, along with his research team co-lead, Dr. Matt Sloat of the WSC, presented about historic run timing and run size of Olympic Peninsula steelhead. Stay tuned to our blog as we expect the research paper to be published shortly. We will be diving into these findings through an in-depth series of Science Friday posts.

Lastly, WDFW has announced the roster for the new Coastal Steelhead Advisory Group, as part of a proviso aimed at producing watershed specific fishery plans required by the Washington Legislature in the 2021-23 WDFW budget. This group will begin meeting in early 2022 and I’m honored to have been selected to represent the Wild Steelheaders United and Trout Unlimited community on it. Read more about this advisory group here.

Review the agenda, documents, presentation, and relevant studies for the town hall here.