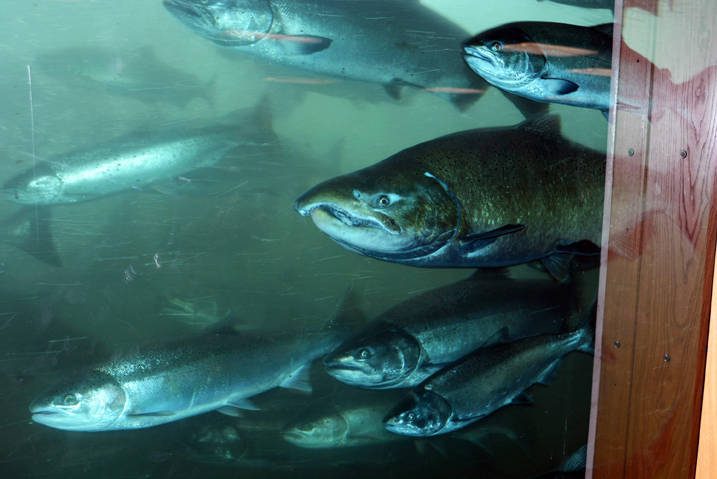 Editor’s note: This is the fifth in a series of posts that show why the four dams on the lower Snake River must come out to ensure a future for Snake River salmon and steelhead. Read the previous posts in our series here, here, here, and here.

“Removing the lower Snake River dams is not a silver bullet for salmon recovery.”

If I received a dollar every time I heard that argument as a reason to keep the four lower Snake River dams in place, I would have a mound of cash.

But questioning whether dam removal alone could recover Snake River salmon and steelhead misses the point.

The question we need to answer is this: Can we recover abundant, healthy, and fishable and harvestable Snake River salmon and steelhead with the four lower Snake River dams in place?  The answer—based on overwhelming scientific evidence and 30 years of recovery efforts that have barely moved the needle—is a resounding no.

Why? Because the harm caused by the dams swamps the benefits to salmon and steelhead that would otherwise flow from other recovery actions. Unless we vastly reduce mortality caused by the four lower Snake River dams and the 140 miles of slack-water reservoirs they create, there is no path to recovery.

We just can’t get there without dam removal. If we could, we would have a lot more progress to show for the billions of dollars spent to date.

As my colleague and TU’s senior scientist, Helen Neville, explained in the first installment of this series, the key to recovery is reducing mortality caused directly or indirectly by the dams and reservoirs, so enough adult fish return to the Snake to produce more fish.

Today, smolt-to-adult returns for Snake River stocks are well below 2 percent. In other words, fewer than two adults return for every 100 juveniles that head to the Pacific as smolts. This puts these fish on a trajectory toward extinction.

We have to get smolt-to-adult return ratios up into the 4- to 6-percent range and sustain Snake River stocks. That’s how we rebuild salmon and steelhead populations that are resilient in the face of climate change. That’s how we meet our harvest obligations to Columbia Basin tribes and provide economic and quality-of-life benefits to Snake Basin communities.

The series to date

As many peer-reviewed studies have shown, removing the lower Snake River dams is necessary to achieve that threshold. No collection of actions without dam removal can get us there.

But stopping the analysis there would miss a critically important point: removing the lower Snake River dams is not just necessary to recover these fish, it is the “golden key” that will unlock the potential benefits of other actions.

Our current approach to Snake River salmon recovery is primarily focused on restoring tributary habitat throughout the basin, and using conservation hatcheries to prop-up critically endangered populations, such as sockeye salmon. Good, well-intentioned people are doing this work, including many TU staff and volunteers, but the stark fact is that without removing the lower Snake dams, these efforts will be futile.

Spending enormous sums of money on actions whose benefits are negated by mortality caused by the gauntlet of dams and reservoirs on the lower Snake is doomed to fail — and fail at great cost.  If you were losing a large amount of blood from a gaping wound and had several smaller wounds as well, would you want your doctor to focus only on tending to the smaller wounds?

No one I know on either side of the dam removal debate is happy with the poor return on investment that we are getting with the billions we’ve spent on salmon recovery actions to date tending to those smaller wounds.

Contrast that bleak reality with what could be achieved if we remove the lower Snake dams—the “gaping wound” in the Snake River.

Restoring a free-flowing lower Snake River would vastly improve salmon and steelhead survival, putting the 4- to 6-percent smolt-to-adult ratio goal within reach. It would also enable us to realize the benefits of past and future recovery actions and investments by enabling restored habitat in rivers including the Grand Ronde, Lemhi and Clearwater to produce more fish. A single female Chinook lays 5,000 eggs on average.

The expensive conservation hatchery currently keeping Snake River sockeye on life-support could actually get enough fish back to their natal lakes in Idaho to re-establish naturally reproducing populations that could persist even in the face of climate change.

With extinction looming, there is no time to waste. We must unlock the recovery power of a free-flowing lower Snake River. If we have the will to do so, we could exceed—not just meet—Snake River salmon and steelhead recovery goals, and that would be a boon not only to the fish but to the tribes and communities whose well-being is inextricably linked to them.

So let’s break out the “golden key” and realize that future.